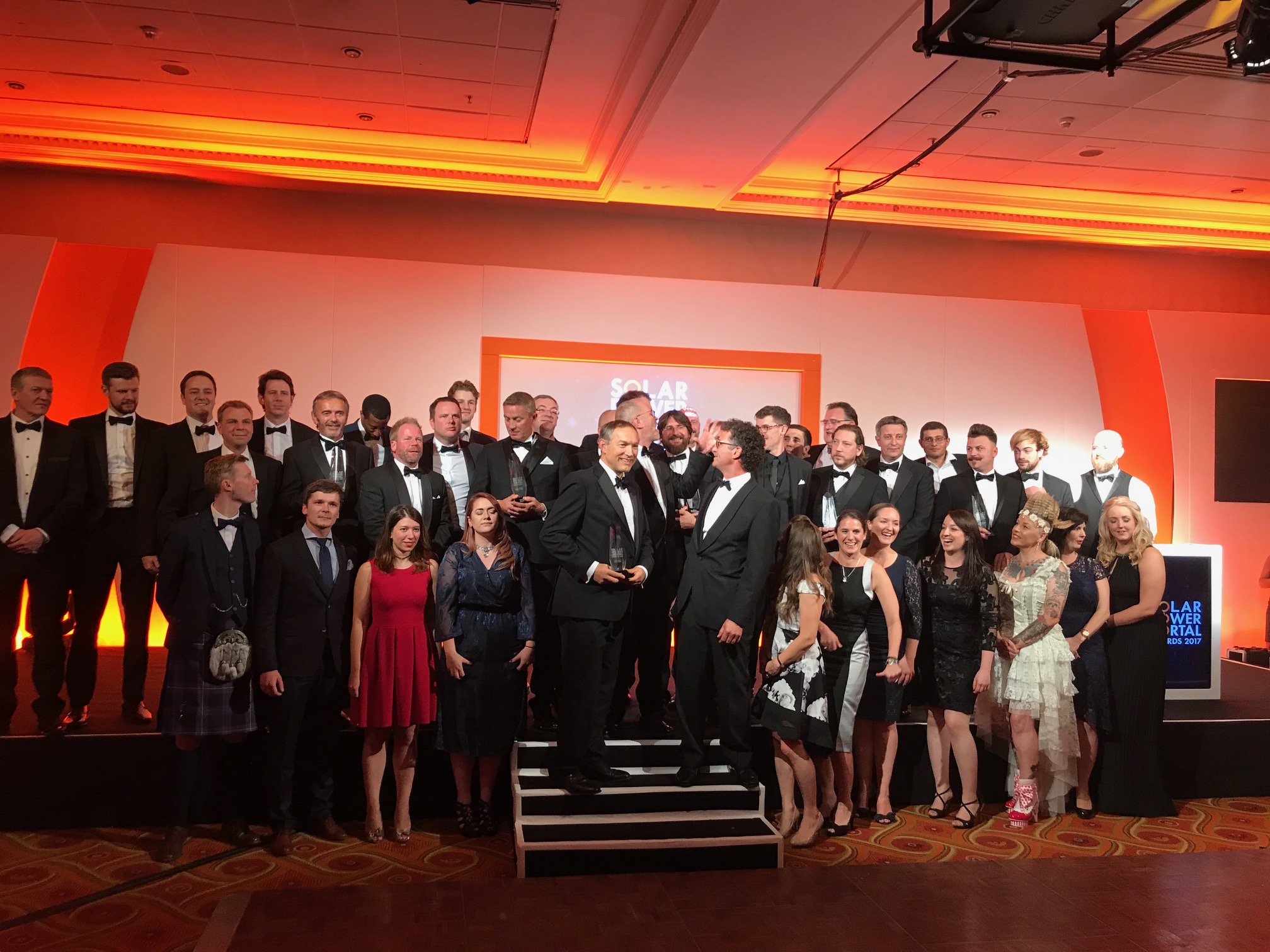 Nottingham-based EvoEnergy was a major winner at last night’s Solar Power Portal Awards, being crowned 2017 Contractor of the Year as Solarcentury boss Frans van den Heuvel was recognised for his outstanding achievements in the solar sector.

Evo fended off stiff competition from five other contractors to scoop the coveted gong in front of more than 400 industry professionals.

The ceremony, hosted this year by TV personality and clean energy advocate Robert Llewellyn, took place at the Palace Suite at the Hilton Metropole NEC in Birmingham following the second day of Solar & Storage Live.

Other big winners of the evening included Anesco, which won the Ground-mount Solar PV Project of the year award for its Clay Hill Solar Farm, famously announced as the UK’s first subsidy-free solar farm last week.

Mypower took home the Commercial Rooftop Solar PV Project of the Year prize for its installation atop Gloucester Cathedral, while Camborne and Poweri teamed up to pip utilities to the Utility-scale Energy Storage Project award

But the most rapturous applause of the night was re- served for Van Den Heuvel, who accepted his award in person.

The industry stalwart has served as Solarcentury boss for more than five years and said he was honoured to receive the award in front of so many of his peers.

And speaking to Solar & Storage Today ahead of the ceremony, Van Den Heuvel paid credit to one particular colleague of his for aiding his success. “There’s many [people who have contributed], but if there’s one outstanding candidate it’s my CFO, Neil Perry. We are a perfect team. He’s been here since nearly the start of the company and he’s a great asset to Solarcentury,” he said.

O&M Provider of the Year

Contractor of the Year