The UK installed almost 4GW of solar PV throughout 2015 after more solar was deployed in Q4 2015 than any previous fourth-quarter period, Solar Power Portal can reveal.

A total of 805MW of solar was connected to grid under various deployment schemes in the final three months of 2015, taking final deployment figures for 2015 to 3.906GW.

New research undertaken by our in-house team at Solar Media can exclusively reveal that the UK deployed 805MW during the final 3 months of 2015, taking the calendar year 2015 total to 3.906GW.

As a result, the UK solar industry continued to set new records across almost all segments, characterised by: 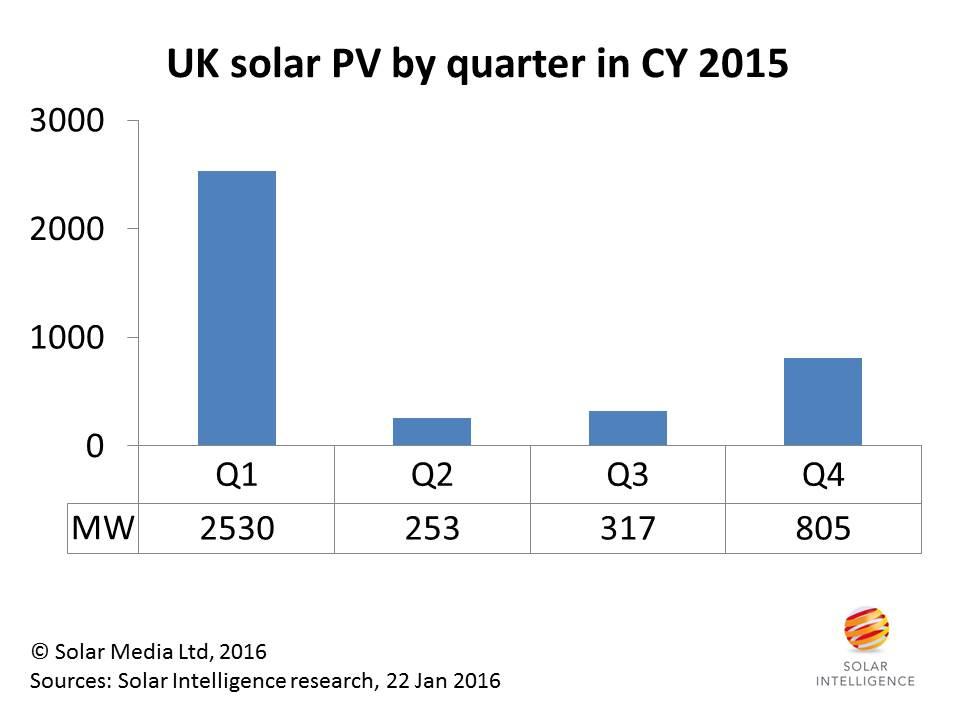 Figure caption: Calendar year solar PV deployment reached 3.906GW during 2015, dominated by the 2.53GW installed during the first quarter of the year.

Deployment in Q4 was characterised by:

The full breakdown of Q4’15 deployment is shown in the figure below, split into different rooftop and ground-mount segments, and across the various incentive schemes. 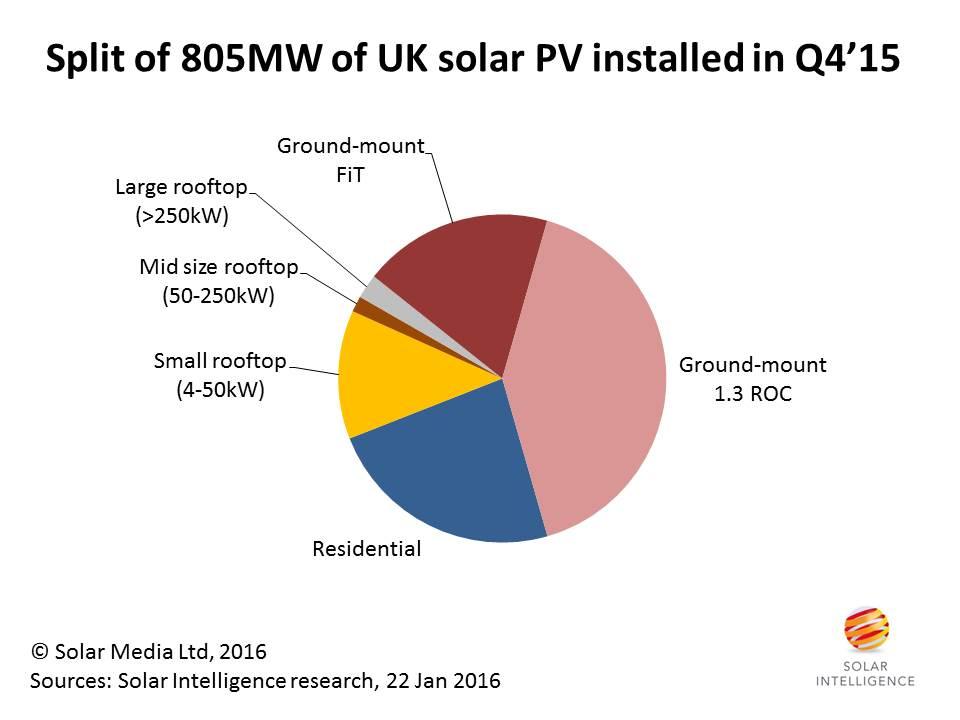 Figure caption: The UK installed a healthy 805MW in Q4’15, dominated by small rooftops (<50kW) and large-scale solar farms (under both FiT and ROC).

The pull-in of small rooftop projects was a key feature during the past three months, and can be directly linked to the government’s changes for FiT levels that are in effect now. It may be some years before these numbers come close to being repeated.

The most interesting development however was the spread of FiTs and ROCs for the 4.9MW solar farms built, reflecting different strategies from developers seeking to mitigate the risk from government proposals.

With well-known problems in the delays in ROC and ROO-FiT accreditations reaching government registers, it is likely to be six to nine months before DECC is able to communicate the strong deployment level for ground-mount solar that has just taken place. Indeed, this same issue will surely happen for the first three months' builds this year.

With many projects brought forward to Q4 2015 (as opposed to built in Q1 2016), the figures for the current quarter may appear somewhat lower for a select group of developers and EPCs. Coupled with the pause that seems to be in effect for the 800MW submitted on 22 July 2015, the number of projects in the overall pool of options for this quarter has been substantially reduced.

We will be monitoring very closely the progress on all projects being tracked in our opportunities’ database, and this is shaping up nicely to be the must-have prospect-tool going into the 12 month period from 1 April 2016. Details on how to subscribe to this report can be found here.