Plans for Little Crow Solar Farm, the second PV project seeking a Development Consent Order, have edged closer this week on the back of developer INRG revising upwards the site’s planned capacity.

In January this year, INRG Solar revealed that it had earmarked the site, between British Steel’s works in Broughton and Scunthorpe, to develop a 120MW solar farm and a 50MW battery storage facility connected to the local 132kV network.

But having now progressed to a secondary stage of public consultation, the prospective site has been upscaled to incorporate 150MW of solar PV and 90MW of battery storage.

Further details have too been released as the plans have matured.

The site is expected to be developed within 11 months with all material delivery routes designed to avoid the nearby town of Broughton.

A comprehensive ecology plan has been put into place, with both bird and bat boxes, native hedgerows and areas designated for ground-nesting birds incorporated. 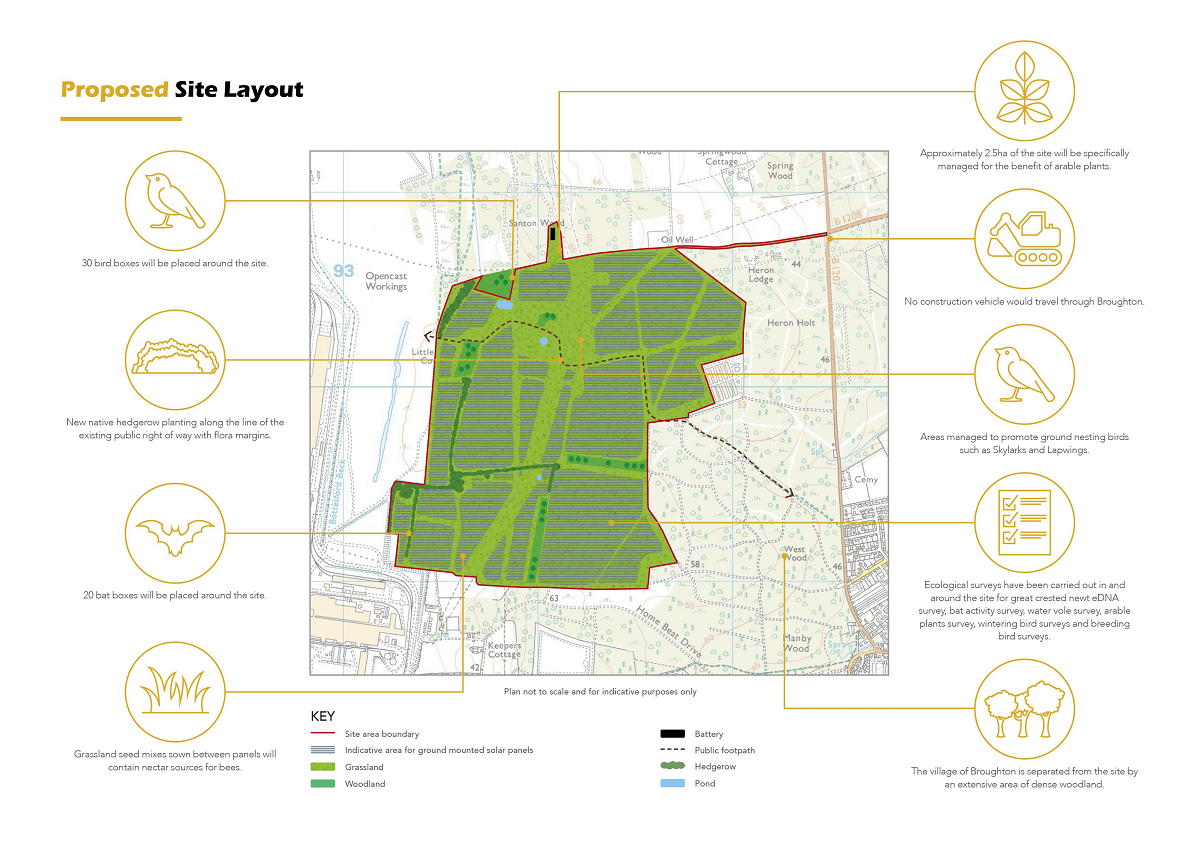 Interestingly, the site is expected to have a 35-year operational lifespan, representing a much wider trend towards project life expectancies across the board. Operational PV plants in the UK are now expected to continue generating electricity long beyond the 25 years forecasted during the first build-out period from 2011 onwards, and most are now expected to last between 30 and 40 years.

Over that 35 years, INRG expects the site to generate in excess of £15 million worth of benefits for the local area through business rate payments, finance which could go towards local services.

INRG is now seeking additional thoughts on the proposals through the new consultation with a series of community events scheduled, starting this week. The second consultation phase is to run until 4 March 2019, ahead of a final Development Consent Order (DCO) application which is expected to be submitted in Q2 2019.

The developer’s statement of community consultation (SoCC), published on its website, indicates that construction is not expected to commence until early 2020, meaning it could be 2021 before the site is energised.

Last month the joint venture submitted its application for DCO, confirming that plans for the project – which is now expected to cost in the region of £450 million – had been altered to reduce the covered area following community consultations.

Having originally planned for something in the region of 1 million panels to be installed, Cleve Hill is now planning for around 880,000 modules.