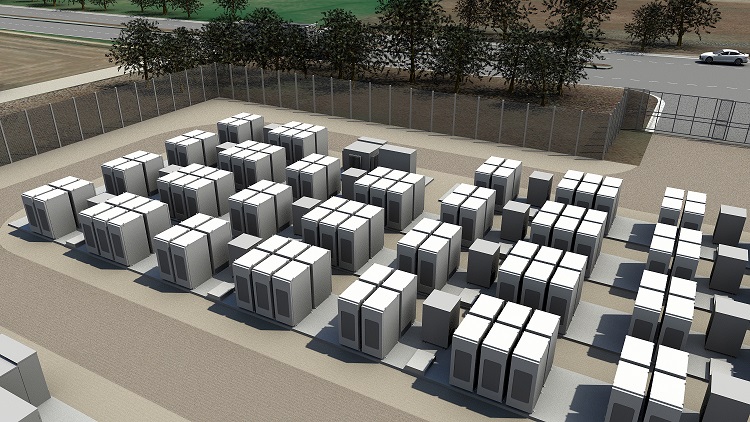 The first grid scale installation of the Tesla Powerpack system in Europe has been completed in the UK by Camborne Energy Storage and is set to provide ancillary services to the National Grid.

The 500kWh capacity system, has been co-located with a 500kWp solar farm in Somerset to demonstrate the potential to provide a balanced grid.

Each of Camborne’s installed systems are designed to further assist and improve the efficiency of the UK’s energy infrastructure and while this latest project is yet to begin providing services to the grid, it is expected that arbitrage and ancillary services like firm frequency response (FFR) could become a feature of the installation.

It is currently not providing arbitrage but is prepared to in the future with the assistance of an undisclosed aggregator working with Camborne.

Dan Taylor, managing director of Camborne, said: “The development of Tesla’s first European grid-tied system is an exciting step forward for Camborne and Tesla in terms of our respective storage strategies. This project is another success for storage development in the UK and being co-located with a renewable generation site, should offer significant benefits to all stakeholders.”

According to Poweri Services, which was the EPC for the project, it is a commercially viable project and not a demonstration. The system was able to share the existing grid connection used by the solar farm which helped to keep the costs low.

The project is the first to use Tesla’s modular utility and business energy storage system on this scale in Europe and Camborne has said there is scope for potential increases in storage capacity in the future.

According to Chris Roberts, director at Poweri, the specific characteristics of the UK storage market were well suited to the new market entrant.

"[Tesla] is only recently bringing it to market and perhaps we're a bit more pro-active than other parts of Europe. We've got quite an active industry, certainly from the large scale and perhaps the people in the chain of this project have just spotted an opportunity and acted quickly,” he said.

"From the institutional point of view I think sadly the government don't see it but I think many people do see that these products and this solution - distributed generation and distributed storage together - are going to be a significant part of our future. Government doesn't see it yet but they will because I think it's just so obvious it's going to happen."

He also commented on the quality of the Tesla system, adding: “It’s a great modular technology I must admit. It's slotted together like Lego really...It's a very elegant product that's been very well thought through. There's nothing that I can see that would cause a problem in deploying these in large numbers."

Poweri has a number of further storage projects in development while Camborne is progressing with its ambitious deployment targets for energy storage in the UK. It has more than 100MWh of projects in planning and an exclusivity agreement over the land with one of the UK’s largest landowners, specifically for the development of energy storage.