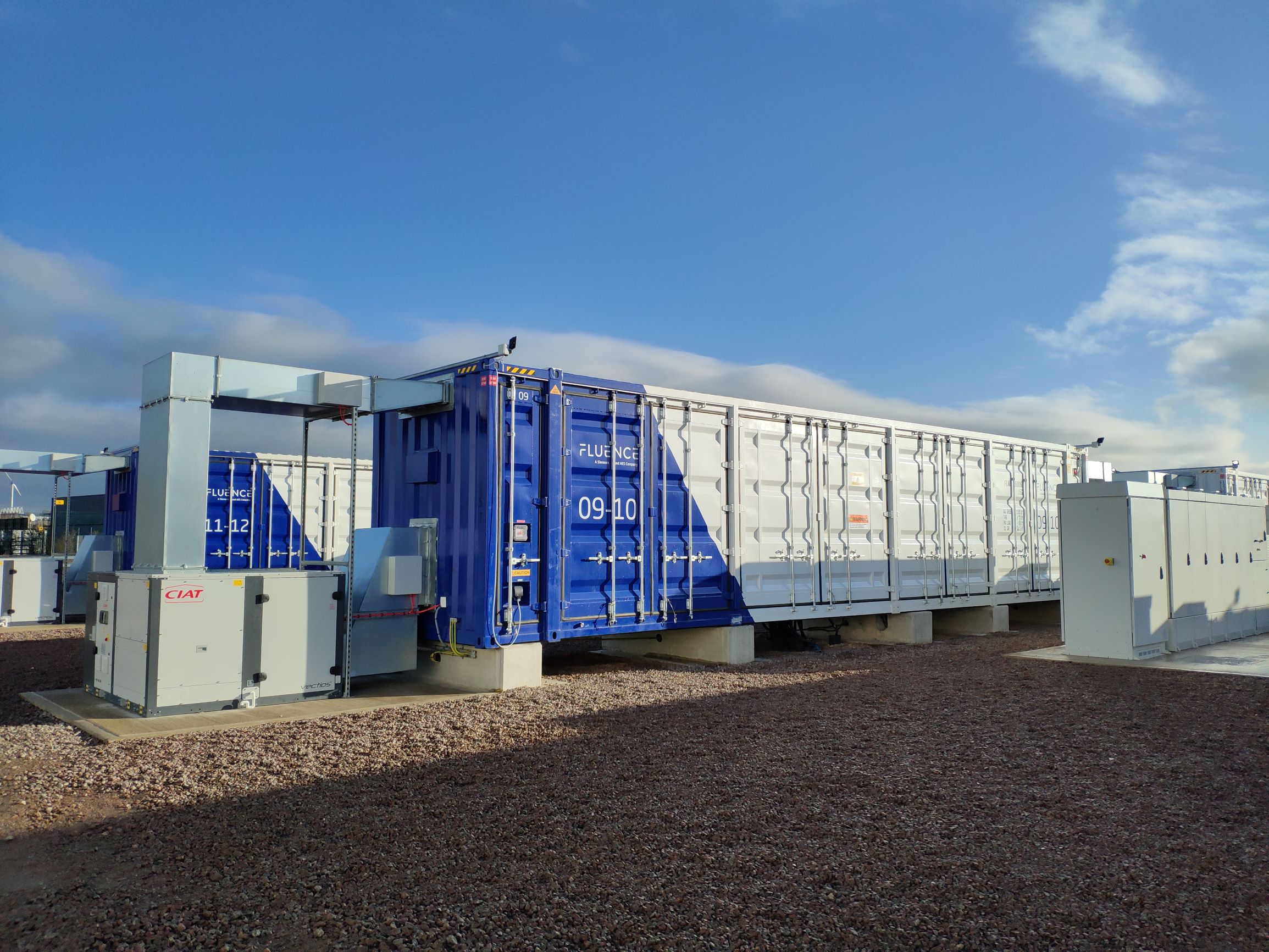 60MW of energy storage developed by Fluence and Sembcorp Energy UK has come online, lauded as one of the largest transacted fleets of its kind in Europe.

The three sites, each comprising 20MW, form part of a wider portfolio of six sites, having won 120MW of capacity in the 2016 Capacity Market auction.

The full fleet is to be completed by Q4 2020. The first three sites, Asfordby in Leicestershire, Ellesmere Port and Runcorn in Cheshire, came online in September and October respectively, following licensing approval and successful testing.

The 'ultra-fast' batteries are able to provide a rapid response in times of stress, supplying power in a matter of milliseconds. The added flexibility the batteries provide to the system could help avoid events such as the 9 August blackout, which proved the UK has a “critical” need for robust and flexible energy storage, Fluence’s vice president for Europe, Paul McCusker, said.

The batteries on the system during the event helped mitigate some of the worst impacts and the new batteries will help provide the UK grid with the system resilience “it needs today”, as well as allowing for more renewables, he said.

Stephen Coughlin, CEO of Fluence, said: “These first three projects – and the ones still to come – will provide the deep, split-second flexibility and reliability that are critical for the UK to achieve its ambitious decarbonisation targets.”

Fluence was first announced as the technology provider for the projects in June 2018, with the first three projects expected to be completed by winter 2018/19. Sembcorp did not provide a reason for the delay, but a spokesperson told Solar Power Portal the sites “have still been delivered well ahead of the timescales required”.

The portfolio was originally being developed for UK Power Reserves, which merged with Sembcorp Utilities UK to form Sembcorp Energy UK last month following on from its acquisition in 2018.

Sam Wither, head of Sembcorp Energy UK’s flexibility generation business, said: “Our partnership with Fluence has grown from talking about energy storage to creating one of the largest distributed portfolios globally in a relatively short space of time.

“The energy market is ever-changing, and we have fostered a partnership with Fluence that can deliver to the fast-evolving demands of the UK.”