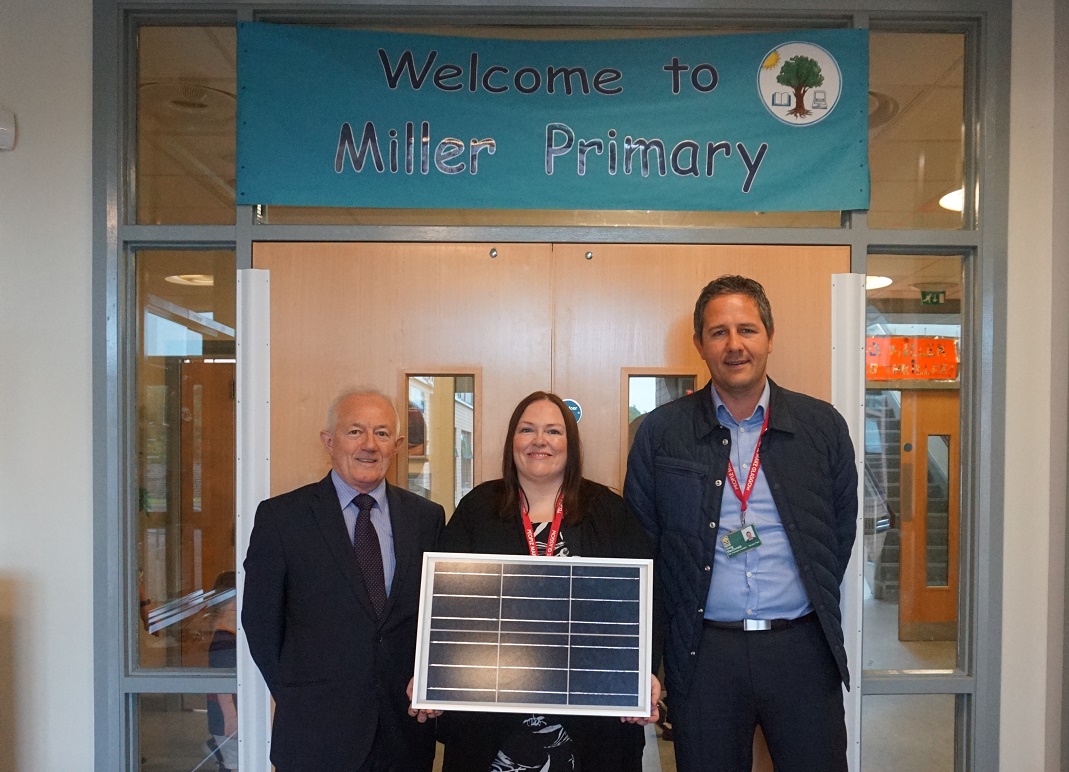 The seven 50kW rooftop systems were designed and installed by Glasgow-based Campbell & Kennedy.

In addition to contributing to the City’s carbon reduction plan of 30% by 2021, the schools have also been able to gain further educational value out of the systems.

In a statement on the installations Glasgow City Council said: “This project will enhance the council’s commitment to the sustainability and resilience of these schools whilst providing a practical teaching resource for pupils.”

Campbell and Kennedy, which has 12MW of PV installations under its belt, returned to Miller and St Maria Goretti primary schools to deliver talks on the installed systems for pupils.

Miller Primary received a “Scottish School of Co-operation” for its efforts to integrate the solar panels into its eco schools initiative.