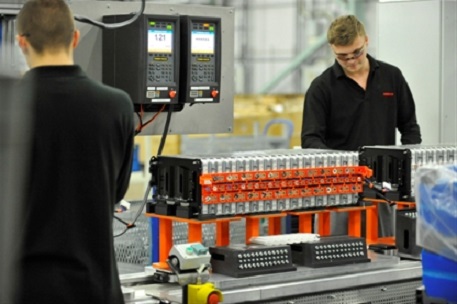 Almost £250 million is to be spent by the UK government on the development of batteries for electric vehicles over the next four years should the Conservatives be returned to Parliament in June.

Business secretary Greg Clark announced the funding before the beginning of purdah on Friday [21 April] as part of the Industrial Strategy Challenge Fund (ISCF), which will commit over £1 billion to research and innovation in specific areas identified in the government’s Industrial Strategy.

One such area is batteries for clean and flexible energy storage, which will receive £246 million to help UK businesses tap into the opportunities presented by the global transition to a low carbon economy.

According to a statement from the Department of Business, Energy and Industrial Strategy (BEIS) released late last week, the funding will “ensure the UK leads the world in the design, development and manufacture of batteries for the electrification of vehicles”.

Clark said: “The UK is home to some of the world’s best innovators at the very forefront of global excellence. The funding I am announcing today, providing hundreds of millions of pounds of support to develop the next generation of technologies across a range of sectors, shows our determination and commitment to making sure the UK remains at the very forefront of research innovation for years to come.”

Innovate UK, which will be responsible for deploying the funds, has already identified a first wave of £10 million worth of projects across the entire ISCF starting in 2017 to 2018. Thirty-five projects have been selected for funding however the full list of companies and project allocations will not be released until after the June 8 general election.

Innovate UK also revealed that the first investments will be delivered across 73 different collaboration partners across the country which have already worked with the body previously.

“By announcing these first challenges we are giving businesses the green light to start finding solutions to some of our major societal and industrial challenges and at the same time helping us fully realise economic impact from our world class science base.”

The new funding is the latest to be pushed into the UK’s low carbon vehicle sector, which was identified early on by Clark as being “at the heart” of his industrial strategy.

The government recently awarded £78 million to 14 projects, a number of which are led by some of the largest electric vehicle manufacturers in the UK such as BMW, Ford and Jaguar Land Rover.

However, details around how the new funding will be deployed is now subject to the pre-election period known as purdah, which prevents central and local government from making announcements about initiatives which could influence the forthcoming election.

The Clean Growth Plan, which will set out how the government plans to meet its future emissions reduction targets, is now in “a holding pattern” for the same reason following the surprise election announcement earlier this week.

In addition, the outcome of the smart power call for evidence conducted by BEIS and Ofgem carried out late last year was scheduled to be published in May but according to Martin Crouch, senior partner at Ofgem, this too will be delayed.