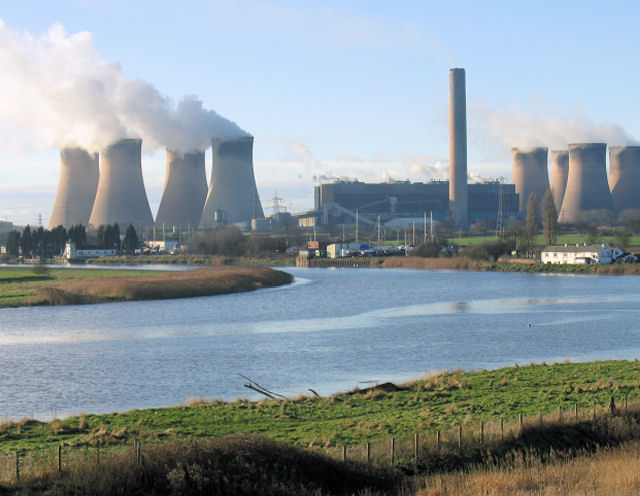 BEIS has provided two proposals for coal plants to stay online after 2025, either through use of CCS or falling in line with the Emissions Performance Standard. Image: Alan Godfree.

The government has set out its strategy to meet last year’s commitment to close unabated coal plants by 2025, effectively seeking to price the existing fleet of plants out of operation.

A consultation released by the Department of Business, Energy and Industrial Strategy (BEIS) this morning has suggested two possible options for placing obligations on unabated coal plant from 2025.

The first would require existing stations to demonstrate Carbon Capture and Storage technology (CCS) on a proportion of the station’s capacity, ensure the remaining plant could be fitted with CCS in the future and comply with the existing Emissions Performance Standard (EPS).

BEIS claims that given the age of the remaining coal plant in Great Britain – the newest coal unit was commissioned in 1986 with the oldest dating back to 1959 – it might be considered unlikely that any plants would choose to invest in retrofitting CCS technology.

The second option would see the existing EPS modified to apply a concentration based limit on emissions per unit of generated electricity at any point in time, rather than setting an annual limit on emissions.

This would take effect in 2025 and could be set at the current statutory rate of emissions of 450g/kWh, preventing coal generating units from operating without investment to reduce emissions. It would not require CCS to be fitted if generating units were able to find other ways to reduce their carbon intensity.

BEIS is seeking views on both of these options after ruling out the mandatory closure of existing coal-fired power stations explicitly through regulation.

It is also seeking views on possible constraint measures on coal generation to smooth the transition towards closure of unabated coal plant. It is suggesting the implementation of a 40% constraint from 2023 either to individual plant or across the remaining fleet.

The government has caveated the proposals with the assertion that it will only proceed with the proposals “if we are confident that sufficient capacity will be available to compensate for the coal capacity that will close”, namely through new gas capacity.

It has said the Capacity Market will serve to ensure enough capacity is in place in time for the shift away from coal, with BEIS modelling suggesting the level of coal retirements can be replaced by a mixture of new gas plant, reciprocating engines, interconnection and renewable capacity.

The proposals follow a significant period of change in Whitehall since former energy secretary Amber Rudd announced that the UK would move away from coal in 2015. This consultation as originally expected in spring 2016 however preparation for the Brexit vote and the ensuing changes in administration meant the proposals, along with many other policy decisions, were put on hold.

Now that the government has finally brought forward its plans for coal, the consultation has been welcomed for giving certainty to investors looking at the UK’s energy system over the coming decades.

Michael Grubb, professor of international energy and climate change policy at UCL, said: “Outlining how and when coal plants will cease to operate will pave the way for new investment, including gas. Overall reinforcing the existing commitments and clarifying mid-term plans increases investor confidence, so certainty on coal-phase out will help to bring forward new and cleaner capacity.”

However, the focus on gas capacity being used to replace coal has been pointed out by the Renewable Energy Association (REA), particularly in light of the government’s decision to exclude solar from the next Contract for Difference auction.

James Court, head of policy & external affairs at the REA, said: "It was important for investor confidence that the government fulfilled earlier pledges concerning the coal phase-out, which [is] vital to ensure the UK's low carbon future.

“Despite this new support, it is frustrating to see that the cheapest technologies, such as onshore wind and solar, are still being blocked. We need the Government to take further action to bring balance to the market because the current situation sees gas, nuclear and even diesel all get financial support while the lowest cost renewables are blocked to market”

The consultation will be open until 1 February 2017.