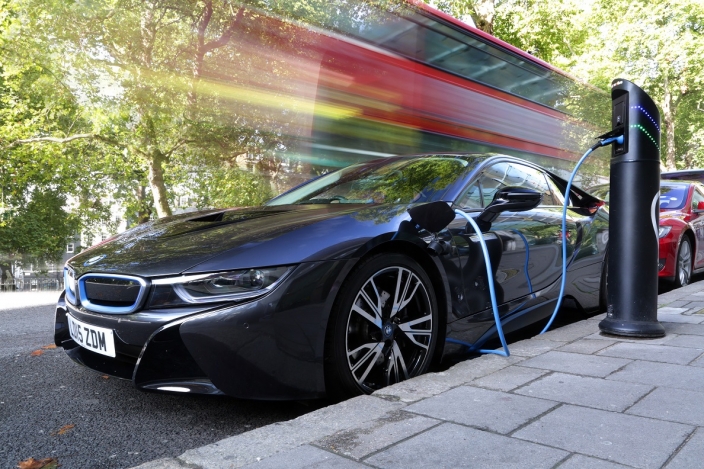 The government has set out its plans for the future of UK electric vehicle charging infrastructure in the UK, including requirements for smart technologies to allow chargepoints to help balance the grid.

However the cost of this policy, estimated to add £150-£300 to the cost of the chargepoint, will be applied to retailers and installers and not consumers, resulting in additional costs likely being borne by the customer.

The proposals have been unveiled as part of the government’s plans for a Modern Transport Bill, which will be introduced to Parliament at the earliest opportunity.

Following a consultation on proposed ultra-low emission vehicles (ULEVs) carried out at the end of 2016, the Department for Transport (DfT) has outlined a series of new powers to increase deployment of charging infrastructure.

Within this are plans to require infrastructure installed for the purposes of charging EVs to have 'smart' functionality to receive, understand and respond to signals sent by energy system participants.

This would allow charge points to help balance energy supply and demand in a similar way as battery storage, although the plans did not explain if this infrastructure would be able to access the same revenue streams open to storage.

This measure was met with overwhelming support from respondents, with 90% approving of the plans which could allow EV charging demand to “form a controllable load of immense proportions at a national scale”.

However, with the ultimate cost of the measure being added to the price of chargers, consumers will likely have to stump up more cash for charging infrastructure. Currently the Electric Vehicle Homecharge Scheme offers up to 75% (capped at £500, inc VAT) off the total capital costs of the chargepoint and associated installation costs, while a workplace charging scheme offers up to £300 per installation.

When asked if these schemes would be updated to take into account the added cost of the newly proposed measures, a spokesperson for DfT said: "We will consider smart charging requirements in future funding decisions."

Other powers put forward by DfT’s plans for the Modern Transport Bill include standardising new publicly accessible chargepoints; ensuring each chargepoint offers open source data on location and live availability; and a minimum provision of charging infrastructure at motorway services.

DfT has noted that this would likely lead to added costs to improve the grid in areas of high demand from chargepoints, which are likely to become more challenging where there is provision of multiple rapid chargepoints.

The regulation would therefore need to take into account circumstances where this could be a problem. The document says the government would look closely at the issue of grid capacity for EV charging with Ofgem and the network operators going forward.

It will also consult further on a number of additional issues concerning charging infrastructure, including the possibility of implementing standardised pricing. For EV charging, the most popular suggestion (56.7%) for standardisation was to charge for energy consumed (£/kWh) rather than by time spent at the charger.

This story has been updated to include comment from the Department for Transport.