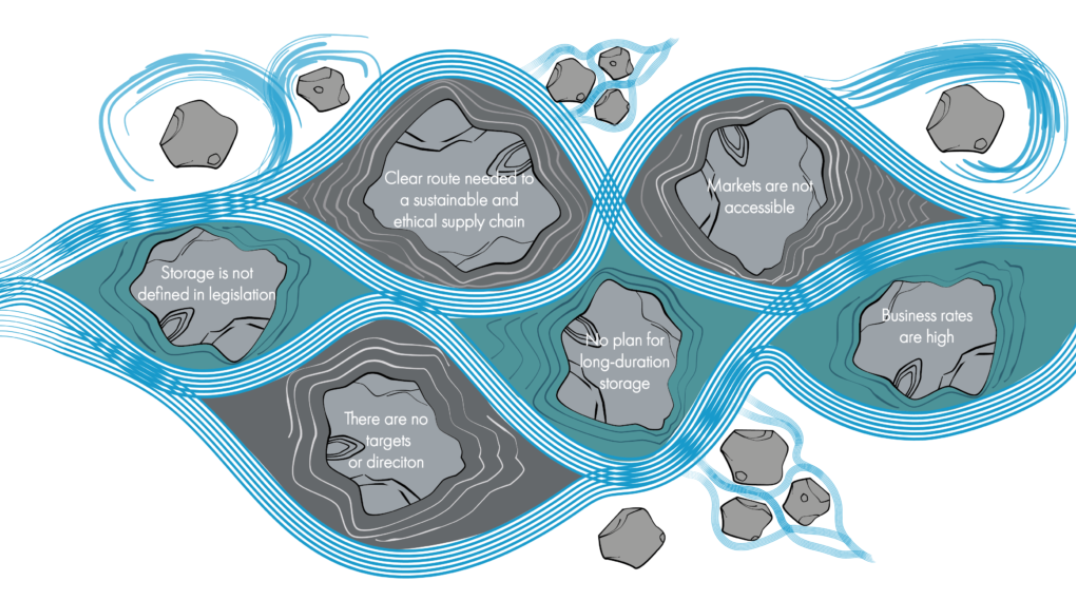 The Electricity Storage Network (ESN) has set out a number of recommendations for the government, including reiterating its call for storage to form a part of the electricity licence framework.

In its ‘Electricity Storage: Pathways to a Net Zero Future’ report, it outlines how UK storage is growing, with nearly 4GW connected to the network - with around 850MW of battery storage connected since 2016 - and a further 9GW in the planning system.

The report praised the distribution network operators' (DNO's) System Wide Resource Registers, for enabling a more accurate picture of what assets are connected where, as data on storage historically "quite difficult to obtain".

The report also used the Renewable Energy Planning Database (REPD), released by BEIS, however it did note that are "some inconsistencies" between this and the DNO and National Grid registers.

Around 5.5GW of projects have been granted planning consent but are awaiting construction, ESN said, suggesting this indicates that there are factors stopping them progressing further.

It has idenfitied a series of barriers to deployment and issued a number of recommendations to both the government and industry to help overcome these.

Firstly, storage should be formally included in the electricity licence framework, a recommendation that the ESN has been vocal on previously. Ofgem announced a consultation last year to include a formal definition of storage, classifying it as a subset of generation, in a move to end the double charging of storage. Whilst changes to the Connection and Use of System Code (CUSC) to end double charging have been approved, without a decision on whether storage should be treated as generation or given its own legal framework, the industry is in "limbo", the ESN said.

A clear signal should be issued by the government for the trajectory of storage over the next decade, and market barriers should be eliminated. As part of this, flexibility markets should value carbon and provide transparent reporting on the carbon intensity of all services, the ESN said.

Currently, the ESN is working with the Valuation Office Agency to improve the current calculation for business rates. However, as it stands the calculation is "over-generalised and doesn’t take into account the wide variation between assets". In particular, those using a behind-the-meter business model are penalised with high rates.

Business rates have also been cited as a barrier for solar PV, espcially after supermarket chain Lidl revealed its business rates had jumped by 528% since 2010.

Madeleine Greenhalgh, policy lead for the ESN and author of the report, said that the UK’s pipeline of storage projects could form a “key part of a green recovery” from COVID-19.

However, the government needs to “set a clear pathway for storage over the crucial next decade to give investors the confidence to build out these projects”.