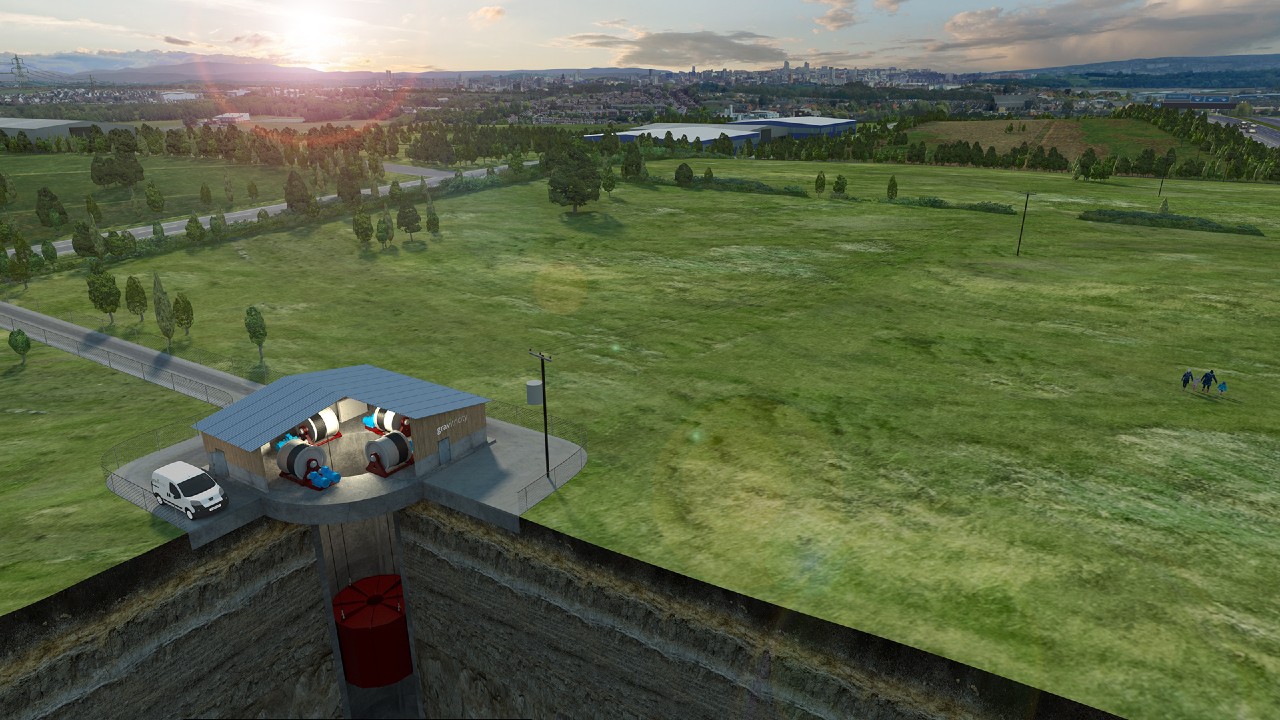 It has now submitted a patent for turning its purpose-built shafts into pressurised energy stores, which would be capable of accumulating significant quantities of gas.

Gravitricity will use its shafts as very large, sealed pressure vessels, which it says are far more economic and safer than above-ground storage vessels.

“We envisage building single or multiple shafts which, when co-located with a green hydrogen electrolysis plant, would have a very clear dual function: to store excess electricity for use by the electrolysers when needed, and to store the plant’s output as a buffer into the gas grid," said company founder Martin Wright.

“This will not only smooth the input and output of the green hydrogen plant, but it will improve the economics, bringing down the cost of green H2.”

He added that the hydrogen store could be used as a fuelling point for heavy goods vehicles, ships or trains, or used to provide significant additional quantities of electricity if required. 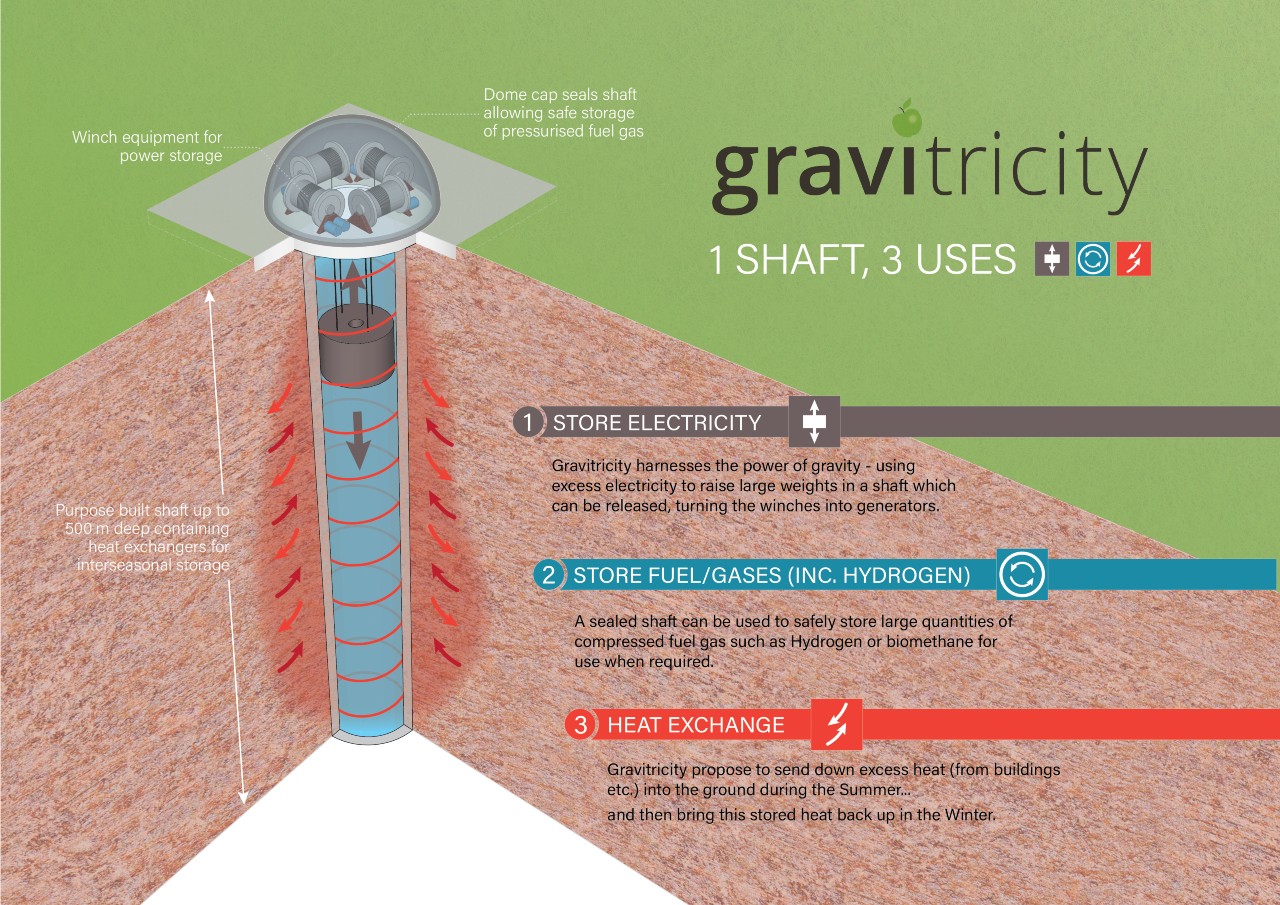 Gravitricity believes that the system could be in place in a few years, it said. Currently, the company is operating a 250kW demonstrator in Edinburgh, which in April was successfully commissioned, proving the novel technology. It is planning to commence work scaling up to its first 4-8MW scheme later in 2021.

While the majority of its early schemes are expected to be in existing mine shafts, the company’s managing director Charlie Blair said it is already in discussions about purpose-built shafts.

“In the decade ahead, we believe that the capacity to sink single or multiple shafts exactly where required could result in the rapid scale-up of our technology. Not just in the UK, but around the world,” Blair continued.

“Longer term, we can also build inter-seasonal heat storage into our system to provide a further service making best use of our infrastructure.”