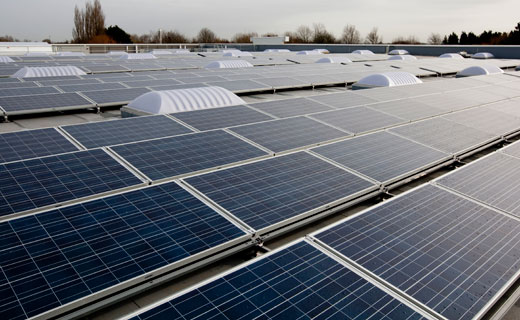 The Green Investment Group has launched a pay-as-you-save service aimed at stimulating take up of renewables within public and private organisations.

Known as the Green Investment Bank when in state hands, the GIG has billed the new offering Energy Solutions. It will offer financing for intensive energy users to adopt technologies including solar, CHP, battery storage, LED lighting and electric vehicles.

Energy Solutions will cover the upfront cost of the upgrades and businesses will enter into an Energy Services Agreement, allowing them to pay off the cost over time through its savings on energy bills.

The offering is being geared at companies – both public and private – that want to become more energy efficient but lack the capital to invest themselves.

It follows government ambitions in the Clean Growth Strategy to bolster energy efficiency in businesses, aiming to improve energy productivity by at least 20% by 2030 through a “package of measures” the government is to enact.

One such measure was listed as the establishment of an industrial energy efficiency scheme to help large companies install measures to reduce energy consumption.

“However, organisations are often faced with a choice between investing in new energy infrastructure or channelling available capital into core operations. Energy Solutions will design, fund and deliver an integrated programme of energy upgrades, assuming the key risks and expenditure involved.

“This will provide our clients with greater certainty and control over energy costs and help to increase business resilience and lower emissions without constraining their balance sheets,” he said.

There has however yet to be any clarification from the now Macquarie-owned GIG as to how it will follow through on installations of such upgrades.

The Green Deal, a similarly structured pay-as-you-save scheme offering energy efficiency loans to consumers, elected to have an accredited list of installers throughout the UK which it outsourced the work to.

But whilst solar was a popular technology under the Green Deal, and therefore a not insignificant source of business for accredited installers, the scheme failed to entice the public and it was eventually scrapped by the government in 2015.