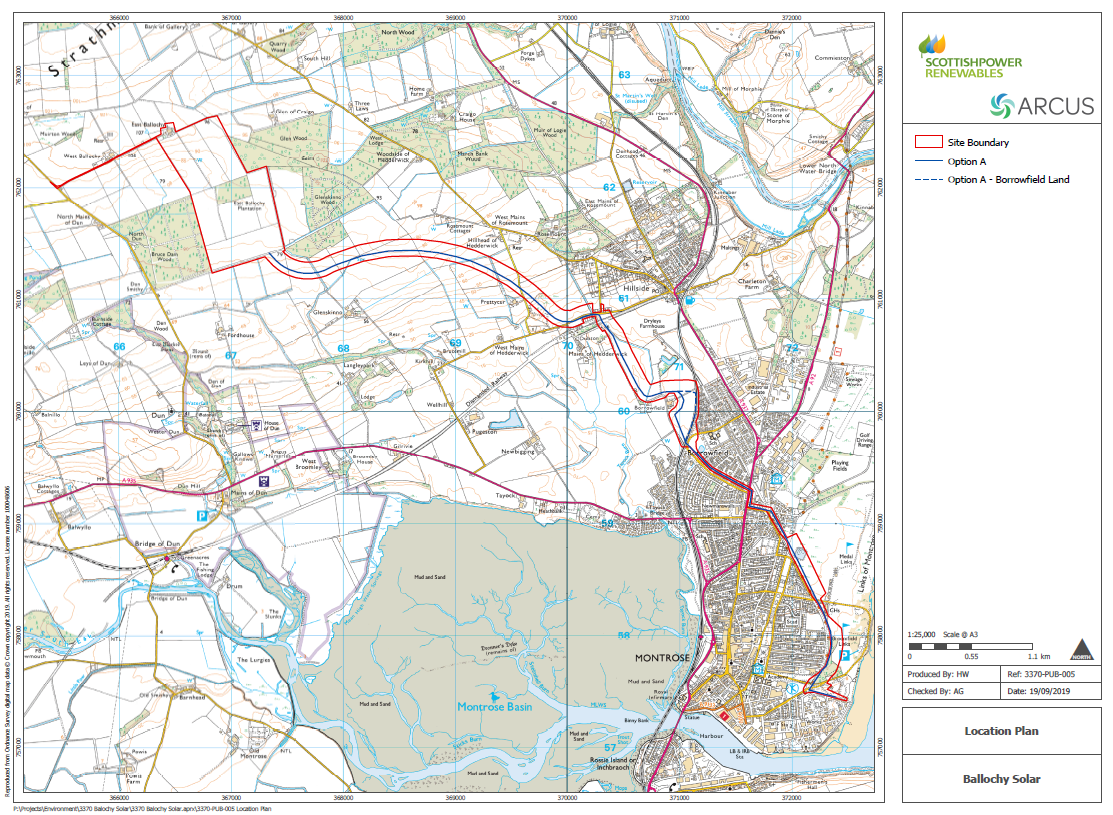 ScottishPower’s renewables arm has applied to build a utility-scale solar-plus-storage farm in Scotland, which is to be backed by a private wire connection with pharmaceutical giant GlaxoSmithKline (GSK).

Plans submitted to Angus Council include a prospective co-located project consisting of a 39.9MW ground mounted solar energy generation system, and a 10MW battery storage facility, located to the south of East Ballochy in Montrose.

A private wire grid connection will transport the power 7.5km to the south east, to GSK’s Montrose facility.

While both ScottishPower Renewables and GSK had yet to respond to requests for comment at the time of publication, concerns have been expressed by local residents as the private wire is to run through agricultural land.

Brechin and Edzell Independent councillor Bob Myles told local newspaper The Courier: “I’m disappointed that prime agricultural land is going to be used for this purpose.”

Furthermore, there is concern that the private wire would intersect with a proposed road from Montrose to the A90. The road is expected to boost the economy in the area, and as such could provide a challenge for ScottishPower and GSK if their project could negatively affect the road.

However there is hope that the solar project will prove more successful, in particular as a previous PAN for a 19MW solar array development and associated infrastructure at a similar location was approved in December 2014. The permission subsequently expired with no development progressing.

There will be a consultation period and a public exhibition in the Hillside Village Hall, on either the 5 or 11 November 2019.

The plans come just less than a year after the Iberdrola-owned utility giant announced a major investment into renewables development in the UK, stating last October that it would be amassing a “sizeable” solar portfolio in the process.