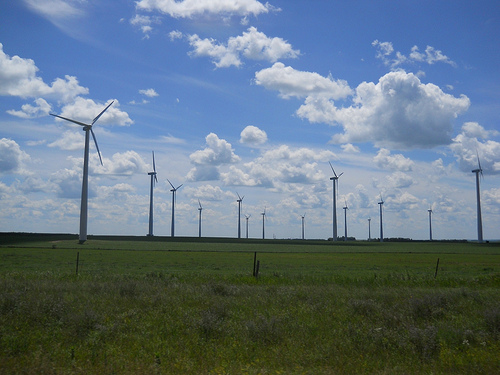 The UK’s energy infrastructure will need investment totalling almost £215 billion by 2030, nearly all of which will need to be earmarked for “disruptive” generation technologies such as renewables.

That is the opinion of analysts at Barclays Research, which last week published a research note arguing that security of supply in the UK is “on a knife edge”.

The report also lamented the much-criticised Levy Control Framework for being “unable to cope with changing market conditions”, arguing that it needed to be adjusted if it is to be fit for purpose after 2021.

The note argues that with the closure of around 40% of the country’s combined-cycle gas turbine (CCGT) generation fleet by 2020, combined with the government’s much-vaunted eagerness to close unabated coal-firing plants by 2025, the UK will require a significant amount of new generation by 2030.

There is also substantial doubt over the viability of EDF’s Hinkley Point C nuclear reactor after Theresa May’s new parliament announced the surprise move to delay its own decision over the project late last month.

“Shoring up the UK’s current tenuous electricity security of supply in the face of this mass obsolescence of baseload generation capacity, combined with government policy to achieve a 57% reduction in greenhouse gas emissions by 2032, will require an eye-watering level of investment over coming years,” Barclays Research said.

That investment, Barclays said, would need to be stimulated via “transparent, stable and supportive” government policy, but would stand to generate EBITDA of circa £25 billion each year by 2030.

Investor confidence in the UK’s energy sector – particularly in renewables – has been the subject of considerable interest since the government launched its big reset of renewables subsidies last summer. The energy and climate change select committee launched an inquiry into the matter shortly after its formation, before ultimately concluding that the overhaul “spooked” investors.

Barclays cited National Grid’s ‘Future Scenarios’ report, published earlier this summer, which claimed that a 45GW increase in overall capacity would be required with the majority of it coming from renewables such as wind and solar.

This would be vital for the government’s ambitions of meeting the fifth carbon budget for the period 2028-2032, rubber-stamped by ex-energy secretary Amber Rudd as one of her last acts in the role before being promoted to home secretary.

That Committee on Climate Change has warned that the fifth carbon budget would require the UK to develop multiple gigawatts of solar capacity to meet demand for low-carbon energy, and Barclays has asserted that this will not be possible in the current policy vacuum.

While the UK government has made more than £700 million of subsidy support available for three future Contracts for Difference auctions, these have been targetted solely at offshore wind projects and neither the now defunct Department of Energy and Climate Change, nor the Department for Business, Energy and Industrial Strategy, have referenced subsidy-free alternatives to CfDs beyond confirming that they were up for discussion.

The government is however set to reveal the contents of its carbon plan for meeting the fifth carbon budget before the end of this calendar year.