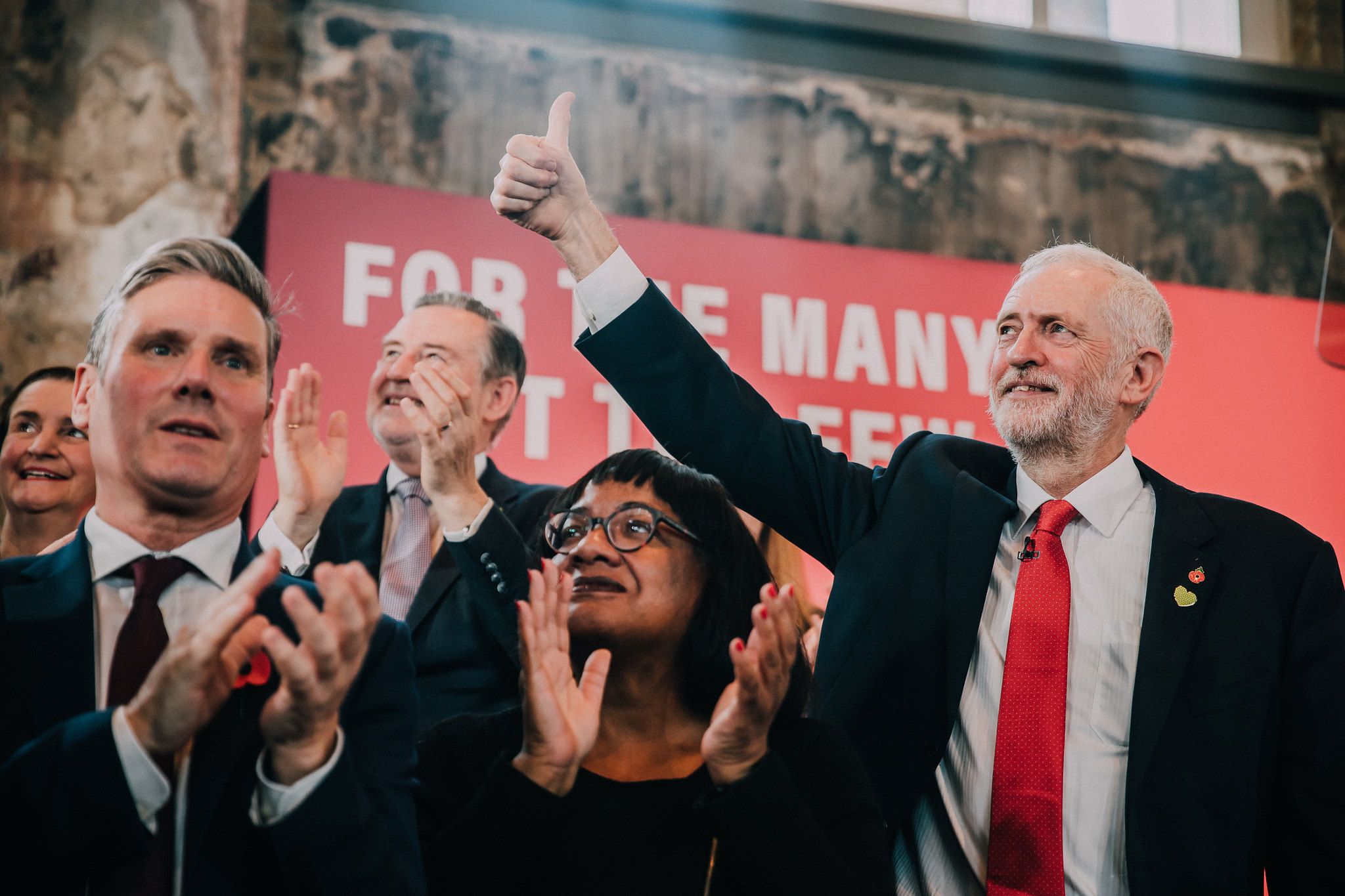 The Labour Party today launched its manifesto, cementing it’s plans to expand renewables, including solar, and nationalise the energy sector.

The party has been forthcoming in its plans for decarbonisation, both before and after the General Election taking place in December was announced, and as such few of the policy announcements within the manifesto will come as a surprise. Instead, it emphasises the party’s plans to ensure that 90% of the UK's energy comes from renewables by 2030.

The party is now pledging to be "on track" to reach net zero in the 2030s, a slight deviation to the motion passed at the party conference in September for net zero by 2030.

Labour plans on reaching 90% renewables by 2030 predominantly through the expansion of solar and wind power.

This will be funded through the £250 billion Green Transformation Fund, £60 billion of which will be spent on energy efficiency upgrades for homes throughout the country.

Ahead of the launch, Labour leader Jeremy Corbyn said: “Labour will bring the country together to face a common challenge and mobilise all our national resources, both financial and human, to kick-start a Green Industrial Revolution.

In order to source 90% of the country’s power from renewables, the Labour party is promising enough solar panels to cover, 22,000 football pitches. This pledge expands on the solar promises the party has already made as part of its Warm Homes for All initiative. This included the installation of solar PV at 1.75 million additional homes around the country by 2030.

Little extra detail on the party’s plans for solar power was given, however last week it announced that it would install solar power hubs on 2,000 buildings around the country.

Labour also pledged that “to balance the grid, we will expand power storage and invest in grid enhancements and interconnectors”.

Grid balancing is outlined within the party’s previous 30 by 2030 report, however - recommendations from which the party said it would "develop". It stated that there is no obvious pathway as yet, that there should be an investigation followed by rapid and extensive updates.

Energy research and consultancy company Delta-EE welcomed Labour’s commitment to renewables in its manifesto, but “urged all parties to consider going further and faster.”

Andy Bradley, the company’s director said: “A deadline of net zero by 2030 is less important than the policies required to help us reach it. We’ve already seen the electricity sector decarbonise at a significant rate but heat and transport now lag behind.

“Promised new investment and training put us on the right track but these sectors will need to be transformed to help us reach our decarbonisation targets and we don’t see that level of detail with these ambitions.”

A key aspect of Labour’s policies is its proposed windfall tax for oil companies, so that “the companies that knowingly damaged our climate will help cover the costs.” The party sought to calm fears that such a move would cost jobs, claiming that it had a strategy to safeguard the people, jobs and skills that depend on the offshore oil and gas industry.

Labour says that its Green Industrial Revolution would help create a million climate jobs, including those in manufacturing to support industry’s such as offshore wind.

Nationalisation: a saving or an expense?

The Labour party's plans for nationalising the energy sector, creating a new UK National Energy Agency that will own and maintain the national grid, were present in the manifesto, which descirbed privatisation as a “disaster for both our planet and our wallets.”

Instead, the party pledges that “in public hands, energy and water will be treated as rights rather than commodities, with any surplus reinvested or used to reduce bills.”

Existing DNOs will be replaced with 14 new Regional Energy Agencies, whilst the supply arms of the Big Six energy companies will be brought into public ownership.

The manifesto says that not only will having these organisations within public ownership reduce expense, it will also aid with decarbonisation.

“Whereas private network companies have failed to upgrade the grid at the speed and scale needed, publicly owned networks will accelerate and co-ordinate investment to connect renewable and low-carbon energy while working with energy unions to support energy workers through the transition.”

Howeverm a spokesperson for the Energy Networks Association said: “Independent research shows that state ownership proposals are likely to lead to delays to decarbonisation, reduced public accountability, disruption to innovation and higher costs to billpayers.

“Time to reach net zero is running out - let’s not waste it by needlessly scrapping a system that works.”

This was echoed in a statement from Big Six company SSE today, saying: “This is a time for working together now to tackle the climate crisis, not waste years attempting a very costly, complex and controversial nationalisation.”

More detail on Labour's policies for decarbonisation outlined in its manifesto can be found on sister site Current±.