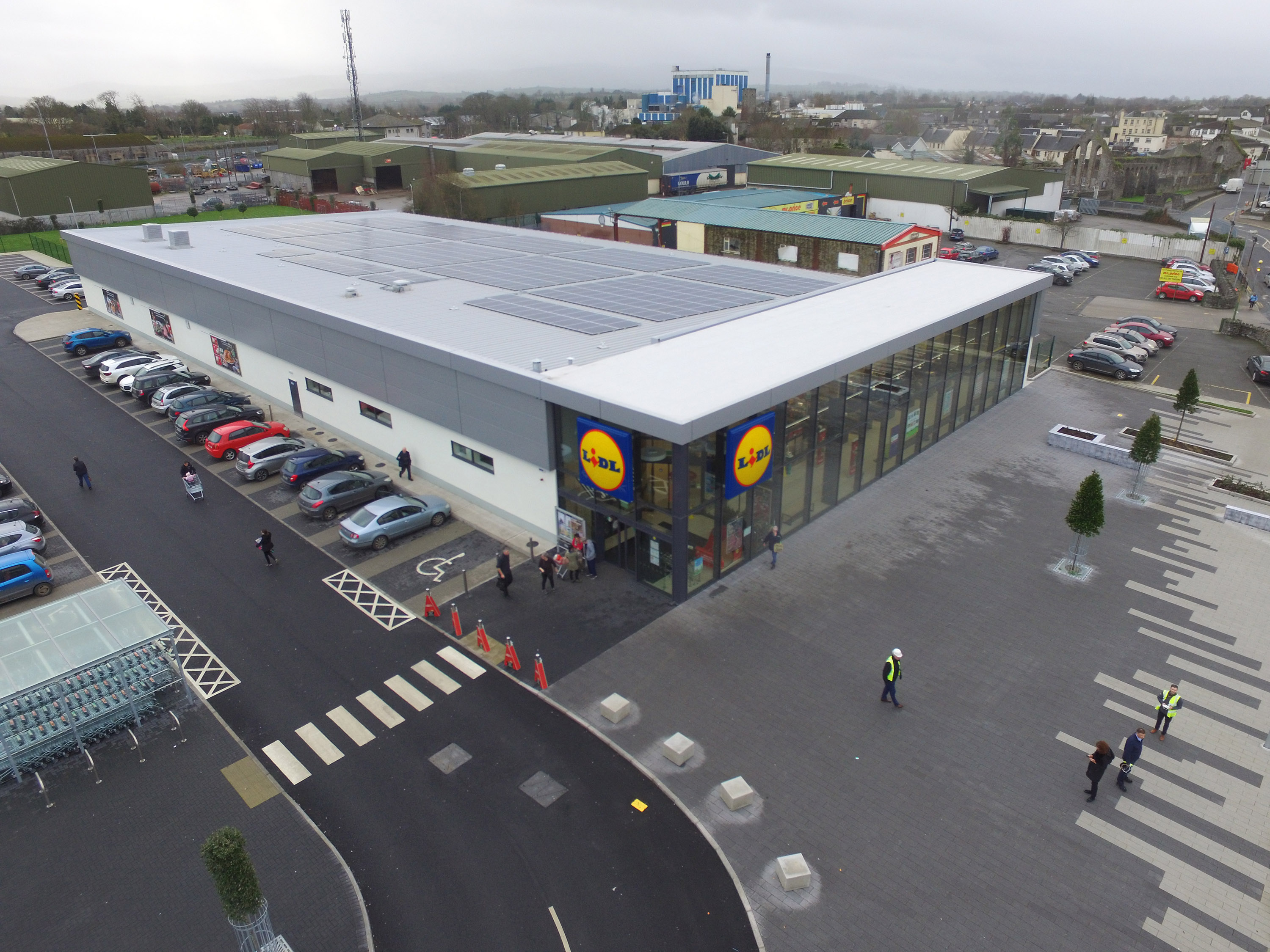 Lidl has currently installed solar panels at seven of its stores. Image: Lidl.

German supermarket chain Lidl has seen its business rates soar by 528% due to changes in the valuation of solar installations at its sites.

The company has currently installed solar panels at seven of its stores, which provide more than 30% of the energy at each.

The installation of panels leads to an increase in the business rates Lidl must pay for each site, but while in 2010 for a 180kWp system this would have amounted to £689 per annum the company explains, in 2017 this went up to £4,329 per annum.

This follows changes to how business rates for sites with solar are calculated. Previously, in England and Wales, the Valuation Office Agency used a single method for valuing solar, applying a rateable value of £8/kW across all solar assets.

However, in April 2017 this was controversially increased and split into two categories; mainly export, and mainly self-consumption, the category into which Lidl falls.

Valuations for this latter category have gone up by six to eight times, leading to huge increases in business rates for companies such as Lidl. This means that the return on investment period has also increased from nine years to 14 years.

The Solar Trade Association has been a vocal critic of the changes to the rates, and its petitioning saved exporting solar from the same hike. It has maintained that the new rates leave commercial solar projects at a disadvantage.

Chris Hewett, chief executive of the Solar Trade Association, said: “It makes no sense at all for companies to be taking the lead on climate action by installing solar only to be penalised by out of date business rates rules. Solar generators receive no subsidy and ought to be fairly taxed.

“It is vital that the Chancellor take urgent steps to reform business rates and remove this anomaly.”

Lidl is currently planning to install solar panels on a further 15 stores a year for the foreseeable future, however as a result of the high business rates it has said that future plans will be under “continuous review.”

Should it push ahead, its solar ambitions will lead to an investment of over £3 million next year alone, as it installs panels on stores, a regional distribution centre and a new head office which is currently under construction.

Many supermarkets are looking to capitalise on their large roof space through solar installations. Supermarket giant Tesco announced a major green electricity project in 2019, which includes installing solar panels on 187 of its sites covering 335,000m2.

Budget supermarket competitor Aldi has been installing solar on its sites for years now, and has over 96,000 panels helping to power its operations. Similarly, Sainsbury’s was an early convert to solar, becoming the largest operator of rooftop-mounted solar PV across the UK back in 2012, after installing 16MW of capacity on 169 of its stores. It has since continued to rollout panels, along with trialling battery storage.