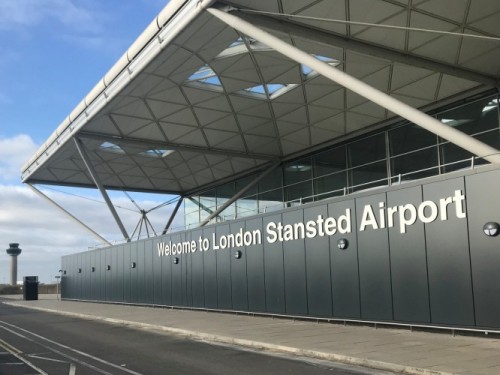 London Stansted has launched a consultation on plans for a 14MW solar farm designed to make the airport’s energy supply more secure.

The farm would sit on land immediately to the east of the airport that’s already owned by Stansted, with the development to also see new trees planted, hedgerows reinstated and new hedgerows introduced if the scheme is successful.

The solar farm has been designed to meet the airport’s current energy demands. Stansted said that all its buildings and airside vehicles are already carbon neutral through a range of energy management measures as well as sourcing its electricity from renewables, although it said that in order to compensate for the small amount of "remaining and unavoidable emissions", the airport has also purchased verified carbon offsets.

However, the solar farm would free up renewable generation elsewhere on the grid to help the rest of the country decarbonise, Stansted said.

The consultation is to run until Friday 24 December, following which the airport will submit an application to Uttlesford District Council to seek planning permission for the solar farm.

A number of airports have now committed to solar PV to help decarbonise their operations, including a 1.7MWp solar farm developed for Doncaster Sheffield Airport, a 249.9kW rooftop array installed by BeBa Energy for KLM UK Engineering and Norwich Airport and a 2MW farm proposed by Cardiff Airport in 2019.

Additionally, a floating solar development by Renewable Connections located in London’s Royal Docks is to provide renewable energy directly to London City Airport, having won £40,000 from the Mayor’s Resilience Fund earlier this year.