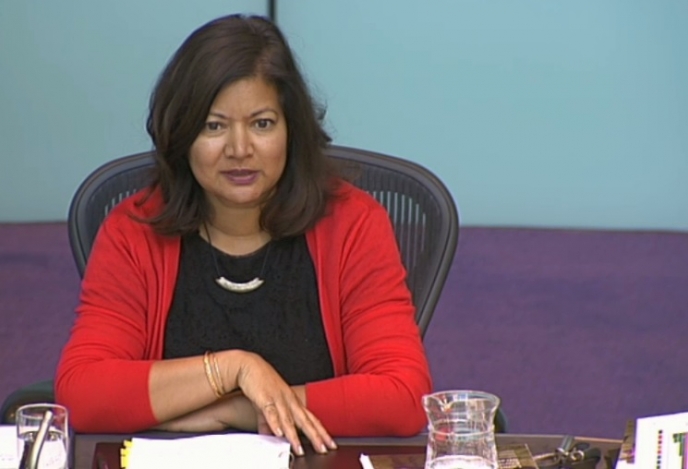 Shirley Rodrigues, deputy mayor for energy and the environment, said City Hall could only do so much in the absence of national government support and low carbon policy.

The absence of central government leadership and national policy is holding back carbon reduction progress and renewable generation deployment, according to London’s deputy mayor for energy and the environment.

Shirley Rodrigues was yesterday speaking to the London Assembly Environment Committee, who pressed her on why the expected pace of carbon reduction had been reduced under the most recent London environment strategy, published last month.

When asked by committee chair Leonie Cooper about the potentially less ambitious proposals, Rodrigues explained that these had been readdressed following analysis of progress, or a lack of, under the previous administration and changes in government policy.

“We’re absolutely clear that we can’t deliver all of [the] targets [to 2050] ourselves, we do need government’s help and support and policy. We don’t have for example the clean growth plan that they’ve been talking about producing for over a year.

“In the absence of that policy we’ve had to take a view of what we can do and what London can and should do on energy and carbon emissions reduction generally,” she said.

“We have no funding, programmes or policy to help us so all we can do is work on what we can do in London…but we absolutely need government’s help and funding to enable us to meet the rapid rate and ambition that we and government have to meet to reach the climate targets government has signed up to.”

When questioned specifically on solar, where the draft strategy outlines 100MW to be deployed directly by the Mayor’s office by 2030, Rodrigues had to face down claims that her plans also lacked ambition.

However, after a prolonged period of reductions in support for the technology, the deputy mayor again rounded on government decisions to cut subsidies for solar and the impact these have had on feasibility.

“We don’t have the policies to do everything we want to do so it’s a very ambitious figure by 2030 in terms of direct delivery.

“We have been talking at official levels about the disappointment around some of the changes that have happened over recent years in terms of supporting solar, things like taking away the government support for community energy groups that want to install.

“London is not an island, we are dependent on national policy and national funding programmes to deliver. We will do what we can do through partnership, encouragement and leadership but we need the policies, powers and funding from a government level,” she said.

Rodrigues added that City Hall expects the upcoming clean growth plan to outline “much more support” for a host of issues, including renewable energy generation.

This could include a review of the feed-in tariff, which the Department of Business, Energy and Industrial Strategy (BEIS) said in April would be carried out by the end of the year. This was prompted by low take-up of solar under the current tariff regime, which saw rates cut by around 64% and is thought to have resulted in 12,500 job losses in the sector in just the year since the changes were first announced in July 2015.