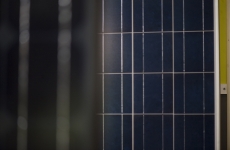 The long-term refinancing deal has been agreed with German bank BayernLB, while part of the finance has come from the German KfW renewable energy support scheme.

The eight projects are each 5MW in capacity, spread across five separate sites across the UK. Three of which are community benefit projects, intimating that they were completed under the government’s ‘5+5’ community energy allowance.

The projects are situated in Thorne, South Yorkshire; Arkwright, near Chesterfield; Llancadle, Vale of Glamorgan; Teyrdan, Colwyn bay and Hafod, near Arbertillery.

International law firm Watson Farley & Williams (WFW) acted as a consultant on the deal, drafting all financing documents and conducting due diligence.

WFW energy & infrastructure partner Daisy East, who worked on the refinancing, said: “We’re delighted to have advised a long standing client such as BayernLB on another significant and complex investment in the UK renewables sector, in particular, one which is also one of the first ever CIC financings”.