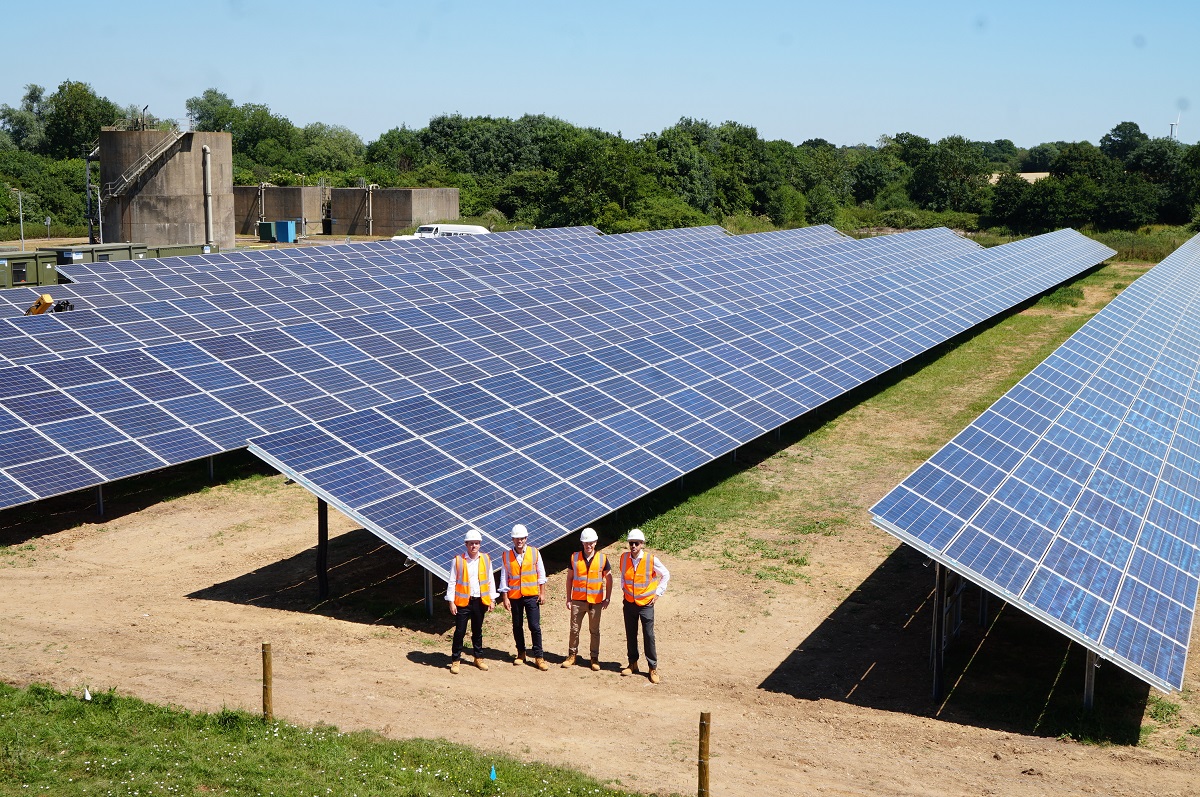 The install marks the second order under a previously agreed five-year renewable energy framework to boost the water utility’s on-site generation portfolio. HBS has been tasked with developing a number of sites with generating capacities between 200kW and 15MW.

The latest connection marks the second phase of the programme. HBS completed its first tranche of solar arrays in 2016 at Anglian Water’s Hall water treatment works in Lincolnshire and water recycling centres in Witham and Rayleigh.

Anglian Water’s Alex Riley said that the deployment programme stood to generate more than 30GWh of renewable energy for use by the utility, creating “significant carbon savings” as it bids to become carbon neutral by 2050.

“As one of the largest solar PPA deals in the UK, this project highlights our continued growth as a major solar developer. By capitalising on our PV expertise, we plan to forge long term partnerships with the UK’s highest energy users and help them reduce energy costs and cut carbon,” he said.

Andrew Gray, managing director at MPF, added: “This transaction demonstrates our commitment to developing solar PV in the UK, helping to reduce carbon as well as delivering cost savings for large commercial and industrial customers.”