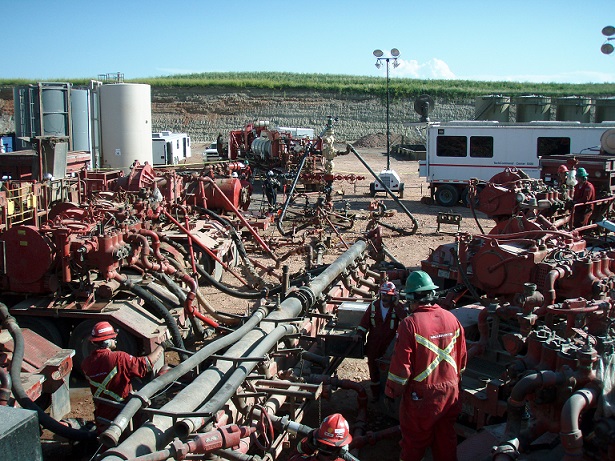 Theresa May has continued to draw anger for environmentalists after suggesting that individual households could be paid for agreeing to greenlight local fracking projects.

The prime minister stepped in over the weekend to amend plans originally proposed by George Osborne in his last autumn statement as chancellor.

The Shale Wealth Fund was previously expected to share proceeds from shale revenues only with community trusts and local authorities. However, a consultation launched today includes proposals to allow residents of communities to benefit by directly allocating funding to households.

The consultation provides little additional information on the money which could be given to each home, with geographical communities or regions to be decided on a case by case basis. A maximum payout of £10 million to be raised from up to 10% of tax revenues derived from shale exploration would be available over the lifetime of a fracking site – a figure that has been described as optimistic.

A figure between £5,000 and £20,000 per household has been reported as the likely split from the fund, although there has been no indication from government to support this figure.

However, this would only be available once production is underway, with only a £100,000 pot available from operators during the exploration phase of a new project.

Speaking ahead of the consultation launch, May said: “The government I lead will be always be driven by the interests of the many – ordinary families for whom life is harder than many people in politics realise. As I said on my first night as Prime Minister: when we take the big calls, we’ll think not of the powerful but of you.

“This announcement is an example of putting those principles into action. It’s about making sure people personally benefit from economic decisions that are taken – not just councils – and putting them back in control over their lives.”

Opposition to the plans has already emerged, with many pointing to the proposals as bribery for accepting unpopular and environmentally questionable developments.

Labour’s Barry Gardiner, shadow energy and climate change secretary, said: “An incentive to do the wrong thing is properly called a bribe and Theresa May is using this bribe to set neighbour against neighbour. It is not right for communities and it is not right for the country.”

Public support for fracking has remained low for several months, falling consistently since the government began tracking surveys on the technology in February 2014. Support has fallen from 27% to 21%, while opposition has risen to 31%.

Doug Parr, chief scientist for Greenpeace UK, said: “People's concerns about climate change and their local environment cannot be silenced with a wad of cash. You can't put a price on the quality of the air you breathe, the water you drink, and the beauty of our countryside.

“If Theresa May wants to show the UK is open for business, she should reverse the policies that have harmed our vibrant clean energy sector and back the technologies that can supply cheap, homegrown energy for decades to come."

Since the closure of the Department of Energy and Climate Change, concerns have grown over the new-look government’s commitment to policy in these areas. With the future of Hinkley Point C still unclear, Green Party MEP Molly Scott Cato believes the controversy over the new fracking proposals is in the latest sign of inept government activity in this field.

"Following hard on the heels of the Hinkley fiasco, this misguided policy to encourage fracking demonstrates again that the government has no strategic energy policy. It is also another worrying indication of the failure of commitment to tackle climate change, first demonstrated by May in her abolition of DECC,” she said.

"The Green Party is clear that our energy future must lie with the rapid investment in both energy conservation measures and new renewable capacity. This offers a clean safe energy future and would also create many thousands of jobs."

Gardiner also questioned the government’s continued moves away from renewable energy technologies like solar, which has seen its support severely cut since the Conservative government was elected last year.

“The government’s latest report states that the cost of Gas generation in 2025 will be higher than the cost of both Solar and Onshore Wind so we need to question why Theresa May is trying to lock us in to a dirty fossil fuel infrastructure for the next thirty years rather than backing the clean technologies of the future,” he said.

"We need a clean, secure, low-carbon future in the UK not a dirty fossil fuel one.”

With these concerns in mind, and with the lax detail included in the consultation on the plans as opposed to the initial strategy of awarding cash to local authorities and community groups, it remains unclear how serious the proposals are.

The consultation closes on 26 October and can be read here.