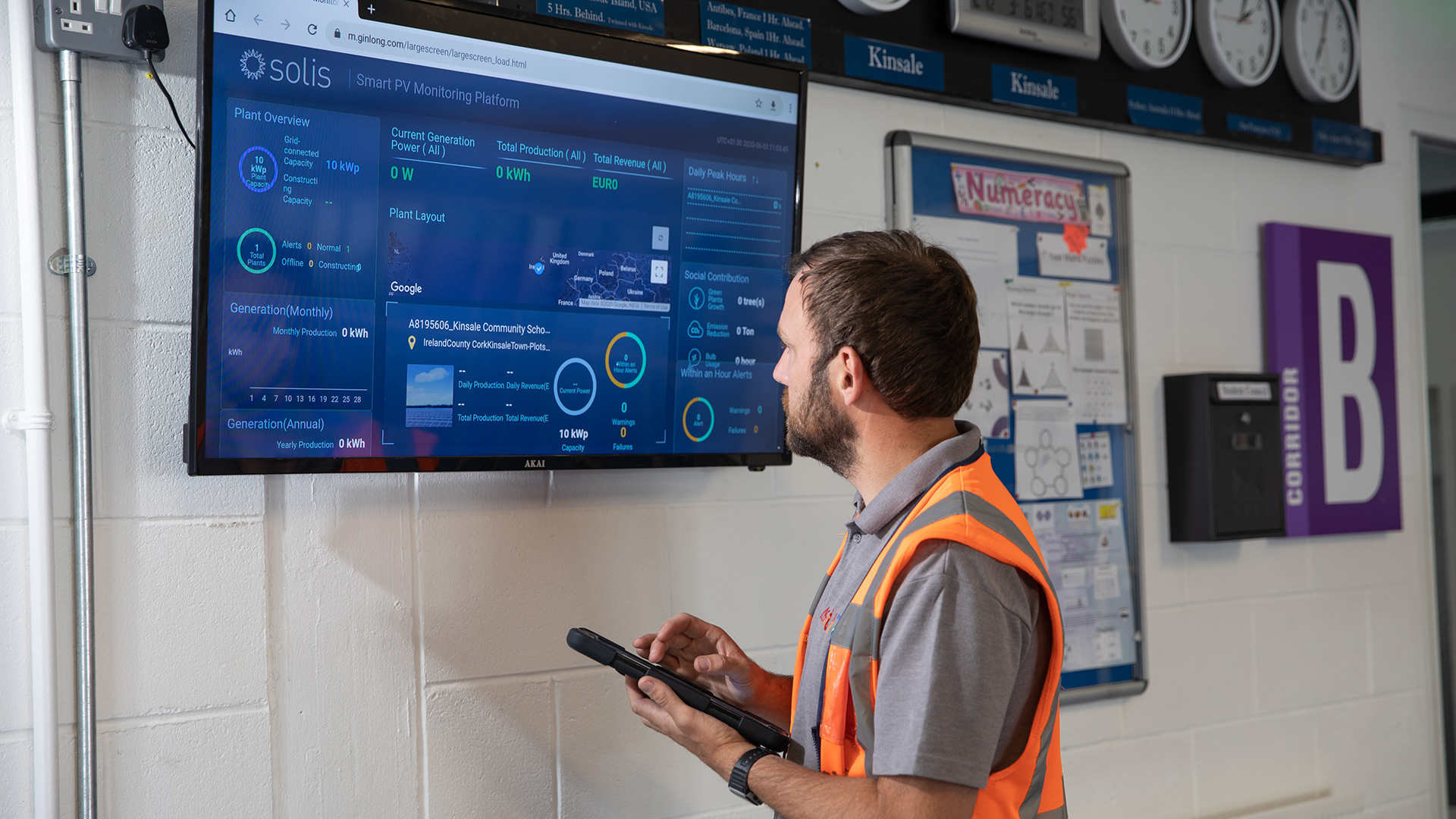 Microsoft and SSE Airtricity are teaming up to install and manage internet-connected rooftop solar in Ireland.

The panels are being installed across 27 schools, with SSE Airtricity to use Azure IoT, Microsoft’s cloud computing platform, to monitor the solar generation.

The duo are hoping to prove that a distributed power purchase agreement (PPA) for technologies such as solar PV could have as much of a role to play as traditional PPAs – those for large generators –  when it comes to incentivising corporations to support renewable projects.

As it stands, corporations can receive renewable energy credits - one such market incentive – for supporting renewable projects, however they are not available in Europe for on site generation.

As part of this project – which Microsoft has invested $1.1 million (£856,136) into – SSE Airtricity is to use its monitoring of the generation to calculate the equivalent number of credits Microsoft would receive if they were available for on site generation.

It is therefore hoped that policy makers will take on board the findings of the project, resulting in a shift to awarding renewable energy credits to distributed generation, with Conor Kelly, the software engineer leading the project for Microsoft Azure IoT, explaining how the credits “would allow corporates to scale-up this type of project”.

The energy generated from the solar will be used by the schools themselves, with Cathriona Hallahan, managing director at Microsoft, stating that the company is looking forward to “enabling sustainable practices inside and outside the school gate”.

“Collectively we can take a step in the right direction and harness the power of innovative technology that will help generate renewable energy and go some way towards offsetting carbon emissions.

“Working together, we hope to open up the energy saving and carbon reduction potential of rooftop solar across Ireland and perhaps one day across the world.”

The company is also looking to educate the students of the 27 schools on the role they can play in combatting climate change as part of the project, with digital screens set up in the schools to allow the students to track energy use in real time.

Students will also participate in a programme designed to educate and inform young people about the challenges posed by climate change and the role technology can play in creating more sustainable communities across Ireland.