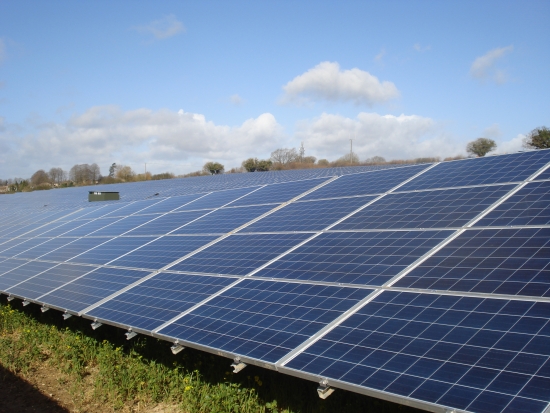 A consented 5MW solar farm in Shropshire is under threat from not being built – because it doesn’t have an internet connection.

Elgin Energy, which was given the go-ahead to build the 33-acre installation near Oswestry in December 2015, has been forced to apply for planning permission to build a 20-metre telecoms mast as the only way to send data to a nearby substation.

The project will be scrapped if permission for the pole isn’t granted because construction needs to be completed before the Renewables Obligation Certificates (ROC) deadline on 31st March.

Elgin Energy told Shropshire Council it has explored all avenues to avoid the need for a mast, but said BT can’t install a fibre internet connection before the March cut-off date. Scottish Power has ruled out a satellite broadband option, because it says it wouldn’t be reliable enough – leaving the proposed mast as the only workable solution.

Williams said Elgin Energy expected BT to install a fibre broadband connection in the next 6-18 months and is requesting for the mast to remain for three years, to allow for delays in installing the new connection. The application is due to receive a decision from Shropshire Council by 6th February.

The February date would give contractor AsWa just 53 days to build the solar farm.

The 5MW, 20,000-panel solar farm at Rhosygadfa, near Gobowen, was granted planning permission in December 2015. Elgin Energy originally submitted a proposal for a 10MW installation at the site but this was rejected by planners in July 2015.

A Shropshire Council spokesperson said the application for the mast “is awaiting decision.”