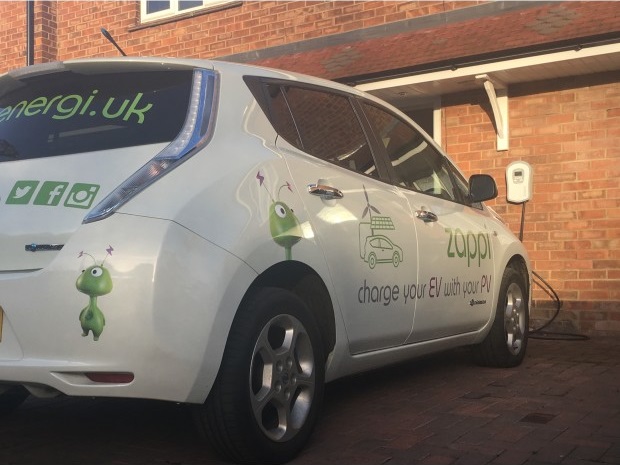 Myenergi is looking to build on an “insane” period of “impressive growth” by returning to Solar & Storage Live in 2018 after the popularity of its flagship product led the company to new heights.

The Zappi diverts surplus power from solar panel generation to charge electric vehicles, a function which has allowed Myenergi to “bridge the gap” between the solar and EV sectors, according to director of sales Jordan Marie-Brompton.

"We've had really impressive growth; we launched the Zappi in November so it's not even been a year and we've gone from seven staff to thirty, we're building a new production facility to be able to cope with sales, and we've started shipping globally as well so we've had immense success,” said Jordan Marie-Brompton, director of sales at MyEnergi.

“It was the right product at the right time being the first charger to charge from and make the most of solar or wind energy. It's brought us incredible exposure and catapulted us into a global market.”

The company will be pushing the Zappi alongside its other surplus power diverter technology at this year’s show, as well as keeping in touch with some of its 300 installers. While the company is always on the look-out for more, the proliferation of those looking to take advantage of the government’s plug-in car grant has meant Myenergi is being more selective with its partners.

"We don't say no to installers but we're really trying to refine them now. We run a training course because our products can be as simple or as complex as you like depending on each home,” Brompton said.

"The solar installers are really good quality and they've lasted through the hard times of the industry. With just specific EV installers, we're trying to make sure that they definitely do our training.

“Because of the OLEV grant, there's a lot of people - like with the FiT - popping up so we want to make sure that we get the right ones and we feel like we have got some really strong partners.

For solar installers, she added that the Zappi offers “a perfect coalition” of technologies to allow them to return to their database of previous customers with a new proposition to take advantage of the “same mentality” of almost a million solar households likely considering and EV if they don’t have one already.

“We didn't think Zappi would take off as well as it did because it's a niche of a niche but we couldn't have been more wrong; it’s the product they've been waiting for,” she added.