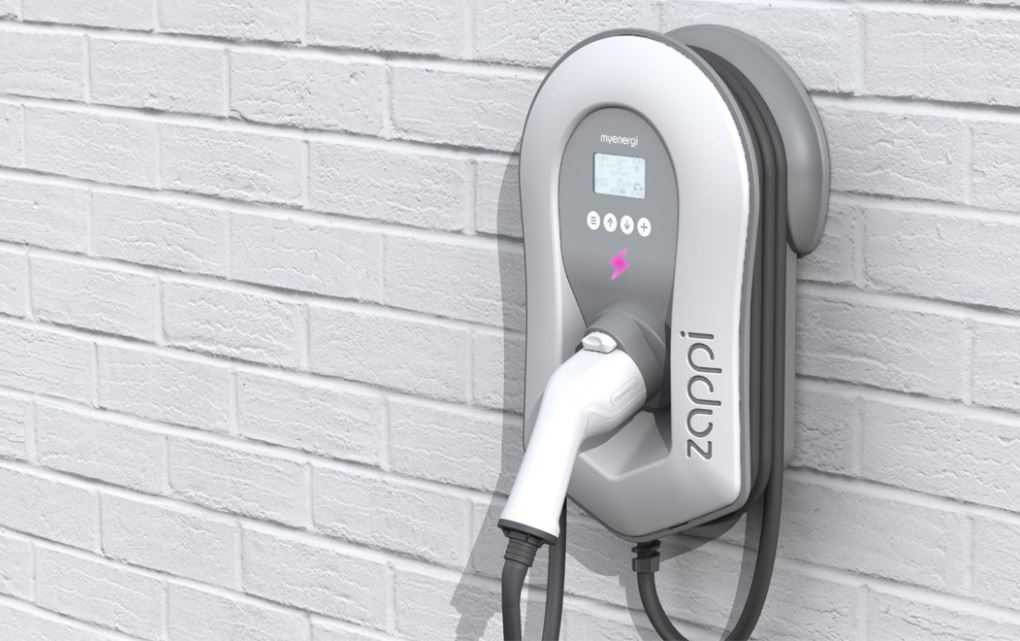 Energy technology company Myenergi has launched an updated version of its zappi EV charger, one that it says “bridges the gap” between renewable generation and electric vehicles.

The new zappi charger fully complies with new regulations to come into force next year, and professes to be far easier to install due to no earth rod being required.

It is to be available in four models, with capacities ranging from single-phase 7kW to three-phase 22kW in both tethered and un-tethered variants, and is available to pre-order now.

Speaking at the product’s launch event in London last week, co-founder Lee Sutton pointed towards the new zappi’s sleeker design profile and backed some of its new features – including new charging modes – to set it from the pack of domestic EV chargers.

Furthermore, a new myenergi hub device and mobile application will allow customers to connect their devices to the internet, essentially allowing to remotely control their energy consumption based on available data.

The launch event was attended by some of myenergi’s early-stage investors, including former Tesco chief executive Sir Terry Leahy, who heaped praise on the company for having established a consumer brand.

“It’s incredibly difficult to launch a consumer brand, but this team [myenergi] has done it,” he said.

Myenergi also recently sealed a partnership with Octopus Energy’s electric vehicles division and Fiona Howarth, chief executive at Octopus Electric Vehicles, said the firm was delighted to offer its customers “some of the most revolutionary technology” on the market.

Jordan Brompton, co-founder and sales director at myenergi, said: "I'm so proud of the team and what we've all achieved in such a short space of time. Our story really is phenomenal, and everyone has worked so hard, as we do everything in-house from coming up with the concept, design, to manufacture.

“This launch marks an exciting time of growth for myenergi as we've truly listened to customer feedback, stayed true to ourselves and stayed ahead of the game with innovation. We want to be around for many years at the forefront of the transport and energy revolution.”