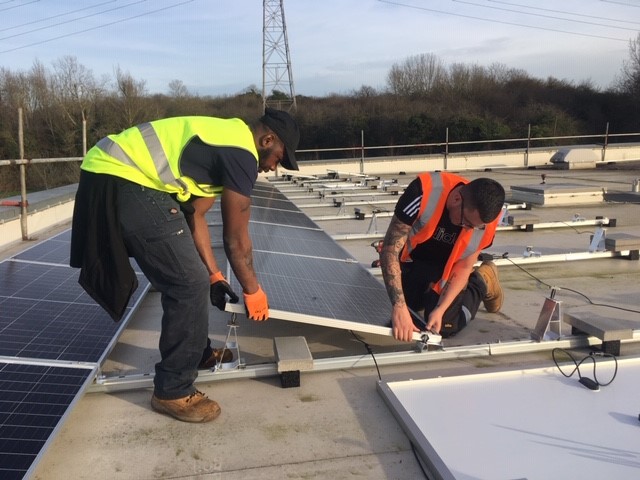 Newport City Council is to roll-out rooftop solar PV across buildings in the city in a partnership with Egni Co-op and installer Joju Solar.

Up to 2MW will be installed as part of the project, Egni confirmed to Solar Power Portal, with plans to install 6,000 solar panels across 21 sites. This follows a detailed feasibility study with support from the Welsh Government Energy Services, Sustainable Communities Wales and Wales Co-operative Centre, Egni said.

Schools, a council depot and care homes have been identified so far, with the majority of the electricity generated to be used on site. Some, however, will be exported back to the grid for use in the city.

The project has been funded by the Development Bank of Wales and Egni’s ongoing co-op share offer, which has raised £1.4 million to date.

Deb Davies, cabinet member for sustainable development, said the council is “determined to take a lead on tackling the climate crisis”, with the solar project to help it reach its ambition of becoming carbon neutral by 2030, achieving a 20 fold increase in the amount of renewables installed on council buildings in the coming months.

Egni has appointed Joju Solar as the installer for the project. Chris Jardine, technical director at Joju Solar, said community energy is a way of delivering carbon reductions at “serious scale” whilst engaging with the local community.

“A sustainable energy transition needs to be built from the bottom-up in this way, if it is to be successful. Egni’s scheme in Newport is a perfect example of what can be achieved.”

Egni Co-op is a community organisation funding and managing PV installations in Wales. It is also promoting a specialist education programme highlighting the benefits and use of solar panels, renewable energy and the business model of co-operatives.

Both rooftop solar and large-scale solar farms are on the radar for many councils across the UK. Wandsworth Council this week announced it will transition to 100% zero carbon energy following approval of the Wandsworth Climate Change Action Plan, including investing in technology such as solar. Oldham Council recently unveiled its intention to build a 900kW solar farm, and Oxford City Council icompleted what it claims is one of the UK’s largest public solar carports at the end of 2019.