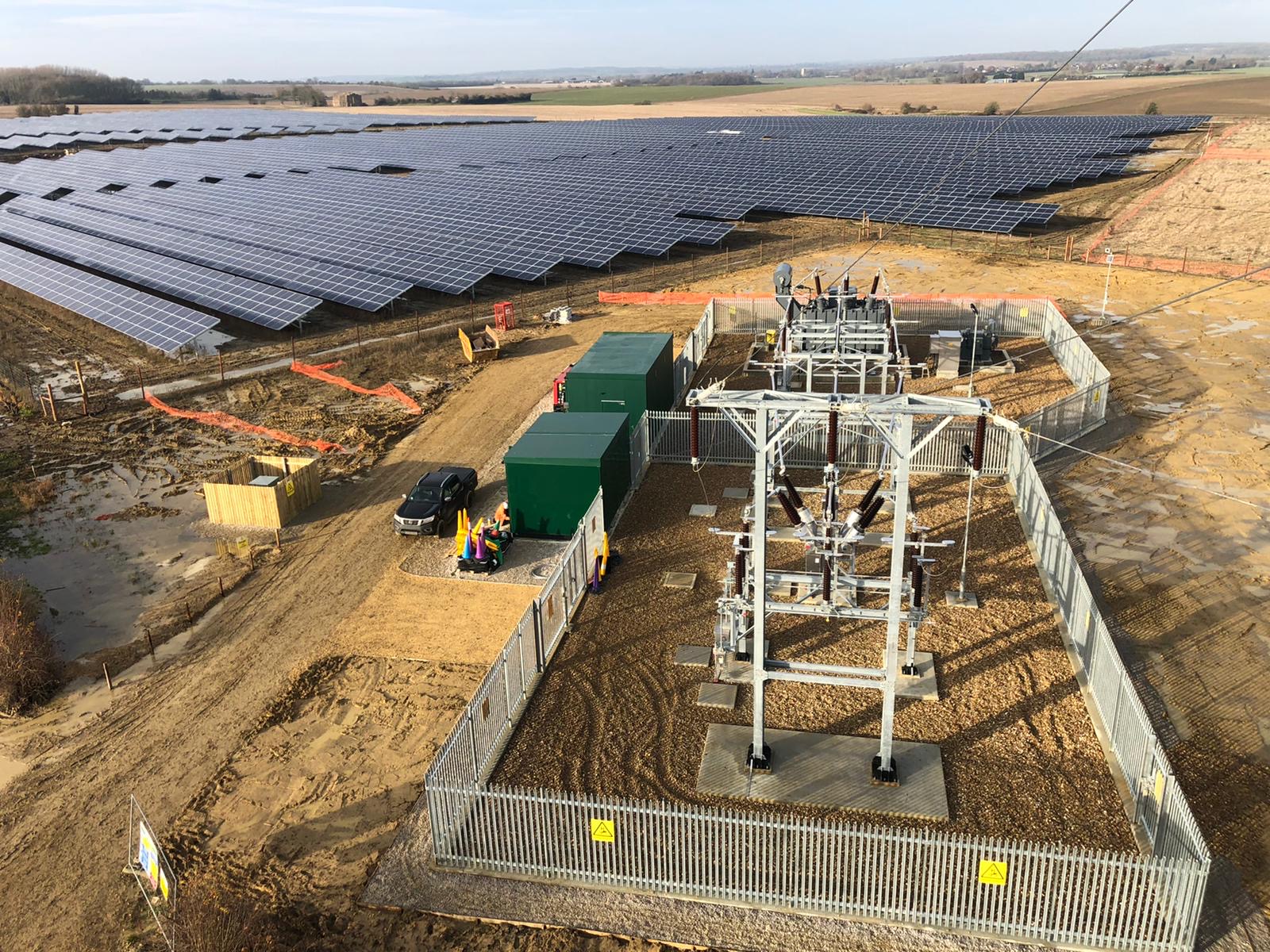 NextEnergy Capital has energised two subsidy-free solar farms, one of which - a 75MWp asset developed in Wales - is claimed to be the largest constructed PV plant in the UK.

Located in Newport, Wales, Llanwern covers c.260 acres spread across three separate parcels of land. Total investment in the asset - which was connected at 132,000v to Western Power Distribution’s network in March 2021 - came to c.£43 million.

It is built in an area of special scientist interest, with a 40-year ecological management plan in place which was agreed in partnership with Natural Resources Wales, Royal Society for the Protection of Birds and other stakeholders including Newport Council. This ecological management plan will restore the landscape for the benefit of rare birds, small mammals and invertebrates.

At 75MWp, Llanwern edges just ahead of the Bradenstoke Solar Farm, developed by British Solar Renewables and acquired by Bluefield Solar Income Fund earlier this year, which had previously laid claim to being the largest operational solar site in the UK at 69.8MWp. Both sites will, however, be dwarfed by the Cleve Hill Solar Farm, which could have an operational capacity upwards of 350MWp when complete.That project received development consent last year,

The second solar farm to be energised – the 40MWp Strensham asset in Worcestershire – was constructed and energised in seven months. Strensham covers c.141 acres split across two parcels of land, with a total investment of c.£25 million going into the asset.

Both projects were financed by Santander Group, which provided a non-recourse funding structure. This, NextEnergy said, gave it the flexibility to build additional subsidy-free projects and further proved its ability to manage construction and operations of innovative solar assets on a significant scale.

Indeed, NextEnergy outlined how the energisation of these assets shows its ability to continue to construct high-quality assets during a global pandemic without the need for subsidised funding from the government, with Ross Grier, managing director at NextEnergy Capital Group, praising this as a "great achievement for the team".

It comes as NextEnergy Solar Fund announced last week it has reached its c.150MWp UK target with the approval of two new subsidy-free solar farms located in Lincolnshire (c.35MWp) and Hampshire (c.50MWp).