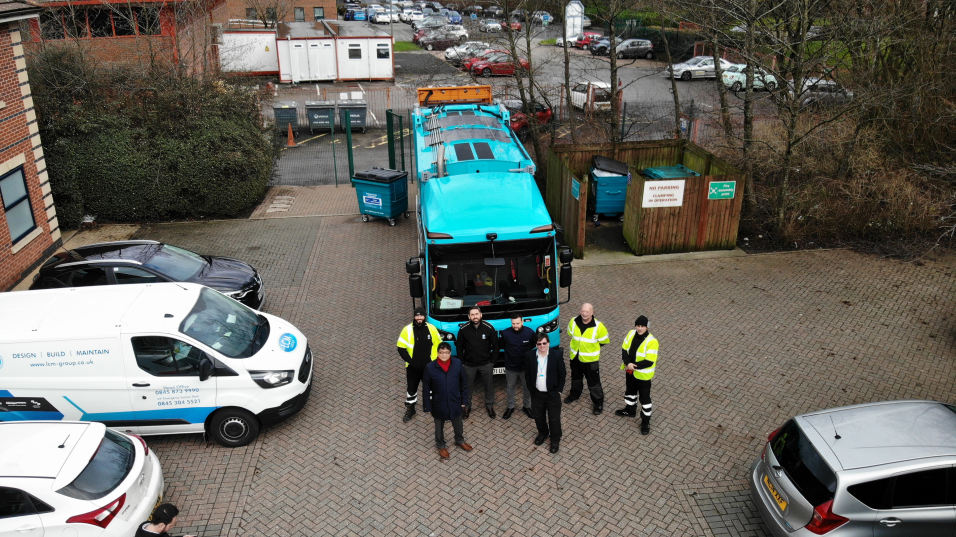 Seven bin wagons are to be fitted with solar panels. Image: Oldham Council.

Oldham Council has partnered TRAILAR to trial fitting solar panels onto vehicles so as to charge the batteries while the vehicles are working.

Over the next year, the council is to fit solar panels on 14 of its vehicles, with these being seven bin wagons and seven other trucks used for various duties including the delivery of new bins to residents.

The panels will sit on top of the vehicles, with it estimated that by using solar power to top up regular engine power each bin wagon will save over 1,000kg of carbon emissions each year.

Other potential savings may also be brought about by the additional benefits of improved battery care and a tracking system that allows performance to be checked in real time, the council said.

“We want to keep Oldham at the forefront of development and cutting-edge environmental technologies. This partnership with TRAILAR fits the bill and I’m glad we are able to work with and support a local firm," Abdul Jabbar, deputy leader of Oldham Council and cabinet member for finance and low carbon said.

In 2020, Oldham Council announced its intention to build a 900kW solar array, with the electricity generated from the site to be used to supply the council itself.

Meanwhile, solar has been linked with the decarbonisation of transport in a number of projects, most notably solar carports for the charging of electric vehicles. This includes a 608kWp solar carport at insurance firm Aviva’s Norwich site, a 2.7MW facility for Bentley Motors and plans announced by Adur & Worthing Councils in 2020 for rooftop solar PV, ground-mount PV and solar carports totalling 5MW.

Likewise, projects like GRIDSERVE's Electric Forecourts also combine the two, with electricity for the Braintree site generated by both solar canopies above the chargers and a network of hybrid solar farms operated by GRIDSERVE, including Clay Hill, the UK’s first subsidy free solar farm.