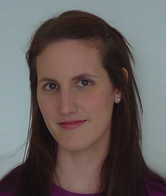 Waters joined Push Energy on Monday (9 January) in the same role and will be tasked with driving growth and delivering Push’s power generation business Edge Power.

Stuart Bradshaw, CEO at Push, said Waters’ experience and industry awareness would be a “substantial boost” to the company’s leadership team.

“Her considerable knowledge of the UK energy sector, especially her connections with National Grid, will be incredibly valuable and prove a key asset to us. This will be especially important in 2017 as we start the construction of 120MW of capacity market funded projects within our Edge Power business,” he said.

Waters meanwhile said she was delighted to join Push, stating she was confident it would grow to be a market leader and make a “tangible impact on the UK generation market”.

Her appointment at Push comes a month after Primrose completed its UK asset disposal, selling the last 80MW of the 250MW portfolio it developed under the Renewables Obligation scheme.