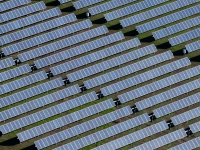 The Renewables Obligations (RO), thought of as the single most important policy in supporting the rapid growth of renewable electricity in the UK, has closed today amid concerns for further support for UK renewables.

The scheme was launched in 2002 to place an obligation on licensed suppliers to source an increasing proportion of their electricity from renewable sources.

According to Ofgem, to date in excess of 23,500 generating stations comprising 25GW of installed capacity have been accredited under the scheme, including 5.3GW solar PV. During 2015/16, 90.4 million ROCs were issued, representing 69.1 TWh of renewable electricity generation to be bought and traded by market participants.

This has helped lead to a rise in the percentage of the UK’s electricity generated from low carbon energy from 1.3% to 23.5% in2015/16. In comparison, the Feed-in Tariff supported the generation of 1.8% of electricity.

Changes in the value of ROCs over time have led to surges in solar deployment, usually in the first quarter of each year before the reduction in support. Q1 2016 saw 1.55GW of solar added, while the first three months of 2015 saw 2.53GW of new solar capacity added.

Energy minister Jesse Norman commented: “The RO has helped to move the UK from having barely any clean energy 15 years ago to having nearly a quarter of all its electricity coming from renewable technologies.”

“This government remains fully committed to cleaning up our energy system and our support will continue through the more competitive Contracts for Difference scheme.”

However, the closure of such a successful scheme in place of the more selective CfD mechanism has been dubbed by the Renewable Energy Association (REA) as the latest in a series of “sudden and severe” policy changes since 2015.

Cuts to the feed-in tariff, changes to the climate change levy, and the scrapping of zero carbon homes legislation to name a few have all preceded this latest policy change.

James Court, head of policy and external affairs at the REA, said: “Renewables such as solar and onshore wind are already the cheapest form of electricity in many situations and are tantalisingly close to being able to be built with no direct subsidy, but in the meantime they need support to get over that final hurdle.

“Repeated policy change has resulted in electricity generated from renewables actually shrinking slightly in 2016 despite steady domestic growth in past years and a rapidly evolving global market. We cannot afford for this to happen again particularly as we are not on track to meet our Fourth or Fifth Carbon Budgets.”

The REA is urging the Department of Business, Energy and Industrial Strategy (BEIS) to reintroduce support for established technologies like solar PV and to use the forthcoming Industrial Strategy and the Emissions Reduction Plan to support the construction of new low-carbon electricity generation.

James Court said: “The renewables industry has been able to grow by having this stable, consistent policy mechanism. Without the RO the industry is left with the Contracts for Difference mechanism, while this does support new generation auctions take place at unpredictable intervals and the policy is prone to government more directly picking winners.