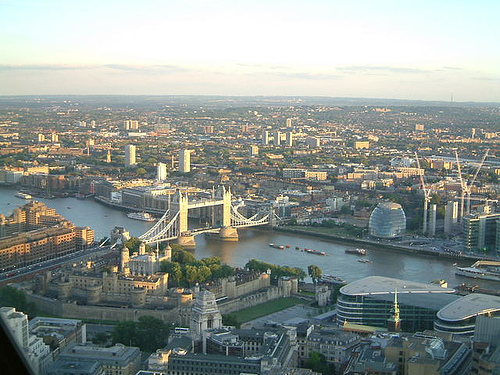 Well over 1MW of rooftop community solar installations will be supported by the grants scheme. Image: ThisParticularGreg.

The Mayor of London has awarded £150,000 to 13 community energy schemes across the capital, with funding provided for development and feasibility studies for a diverse mix of solar and battery storage projects, Solar Power Portal can reveal.

If completed, these projects would see well over 1MW of rooftop solar installed across the city, with five of the projects also seeking to investigate the use of battery storage to maximise the use of solar generation outside daytime hours.

Power Up North London, which was awarded £11,500, will investigate the possibility of installing battery storage that could enable charging electric vehicles overnight.

As the funding is to be used for the early stages of the projects, the mayor's office expects the grants to be used by June 2018.

Dr. Giovanna Speciale, chief executive of South East London Community Energy, said: “The London Community Energy Fund has provided vital support to community energy groups in London. It allows us to bring the benefits of renewable energy to schools, churches, and leisure centres. We are delighted to be working with Mayor to transform London into a clean, green, affordable city.”

Initially only £300,000 in grant funding was to be offered across London over four years however City Hall sought extra funding after receiving a high number of quality applications.

Mayor of London Sadiq Khan said: “I’m delighted to see so much interest in community energy, which is just one part of my plan to make London a zero-carbon city by 2050.”

The Mayor’s office has also opened the Solar Together London scheme to householders and businesses interested in signing up to the capital’s first group-buying solar scheme.

The first phase of the Solar Together scheme is to be rolled out this month in five London borough - Brent, Ealing, Kingston, Merton and Sutton – with City Hall working with Ealing Council on the scheme.

Householders and small businesses can now register their interest, without obligation, where the demand for solar will be pooled into a single bulk purchase. On April 18, vetted UK solar panel suppliers will then bid for the contracts before each customer receives an offer, and if accepted, a technical study.

A spokesperson told Solar Power Portal earlier today that City Hall would like to see 600 households participate in the first phase of the scheme "but have processes in place to manage much higher levels of take up."

Speaking to SPP back in August 2017, deputy mayor for environment Shirley Rodrigues said the scheme would bring down the cost of solar for homeowners and businesses.

“Homeowners will fund it but will get it [solar] cheaper than if they had gone out themselves,” she said.

The scheme is part of Sadiq’s Energy for Londoners programme which aims to cut Londoners’ energy bills and supply the capital’s homes and workplaces with more local clean energy, with a London-wide target of achieving 1GW of solar by 2030.

Khan said: “London has a wealth of buildings that can harness solar energy, but we're simply not making enough of them. Generating clean, local electricity can help cut bills, and bulk buying will make solar panels more affordable. I’m also working with Transport for London (TfL) to expand the use of solar power and energy efficiency across their buildings.”

TfL recently awarded Engie with a contract to install 1.1MW of new solar capacity on a variety of its buildings.