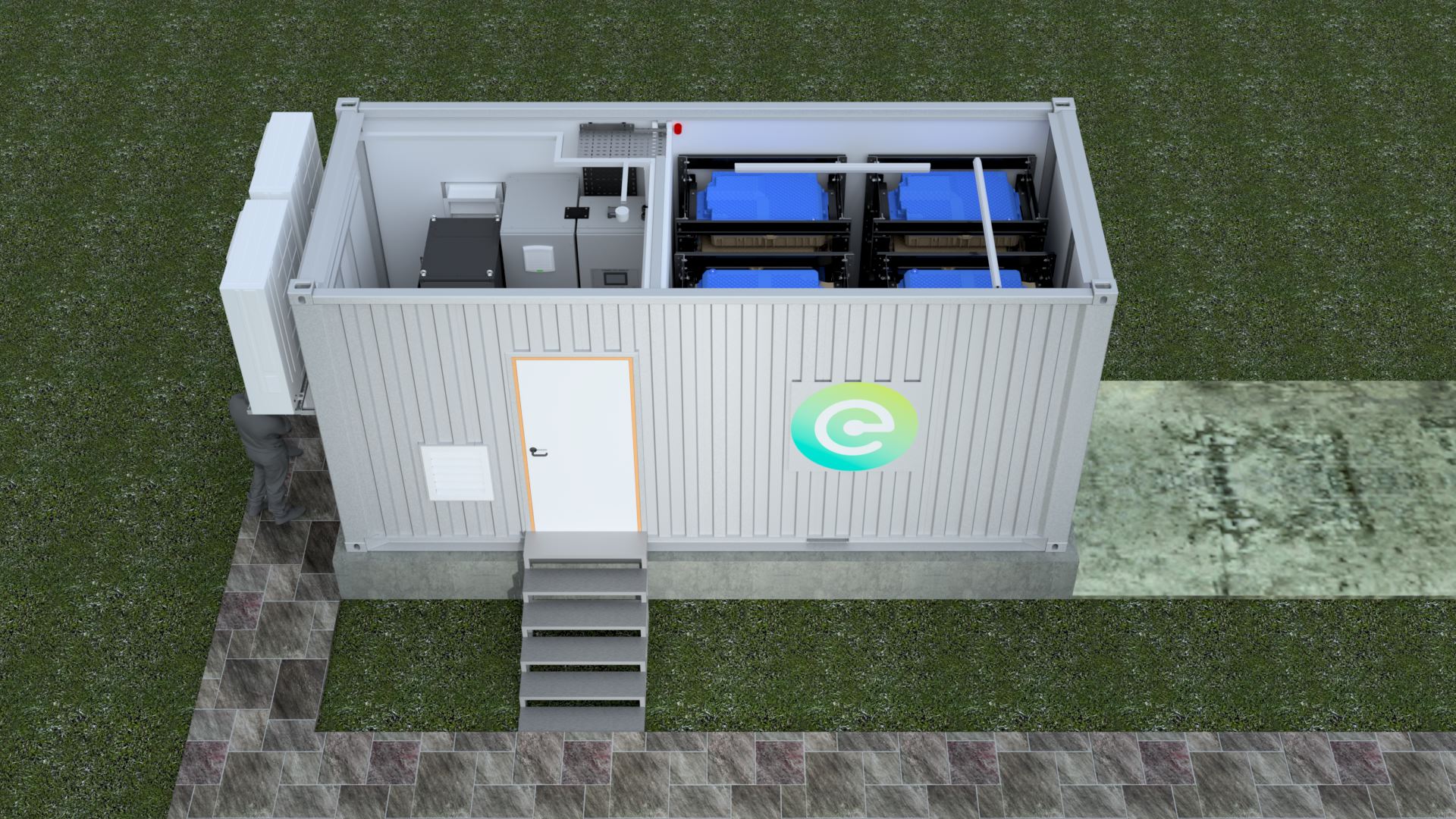 Connected Energy is to install a second life battery energy storage system in Suffolk, its second in the county.

It will be installed at the Mildenhall Hub, a new development containing a school, leisure facilities, a health centre, library and other community services.

The 300kW/360kWh E-STOR storage system is to pair with the other low carbon technology onsite, including a 160kWp solar array with potential for more solar in the coming years, 85kW natural gas-powered CHP unit and a 300kWth ground source heat system, to optimise how these technologies are used, with an aim of minimising costs and carbon intensity.

The system - which consists of 24 Renault Kangoo batteries - will initially provide Triad avoidance and frequency response services, however renewable optimisation will be its primary function once the full PV array is installed, Connected Energy said.

The West Suffolk Council-led project is to be completed in 2021. It follows on from Connected Energy installing an E-STOR system at a flagship heritage facility – dubbed The Hold - due to open later in 2020 on the University of Suffolk’s Ipswich Campus. The storage will play a similar role in this project, optimising energy use and peak loads across a system that features solar PV and electric vehicle chargers.

Connected Energy project manager, Nigel Dent, said that the Mildenhall Hub project is "particularly exciting because of the wider mix of technologies including CHP and ground source heat".

"By optimising the fit between generation and load we should be able to further decarbonise the ground source heat for example," he added.

The company also lauded its increased efficiencies on the power and capacity sides of the E-STOR system, achieved through working with Renault and Hitatchi ABB Power Grids, as well as significantly reducing the cost of cooling the system, whilst increasing the effectiveness and control.

John Griffiths, leader of West Suffolk Council, said: "We are delighted to be working with Connected Energy, taking something that is already better for the environment in the form of an electric vehicle, and giving its battery a second life by repurposing it in this giant storage battery."