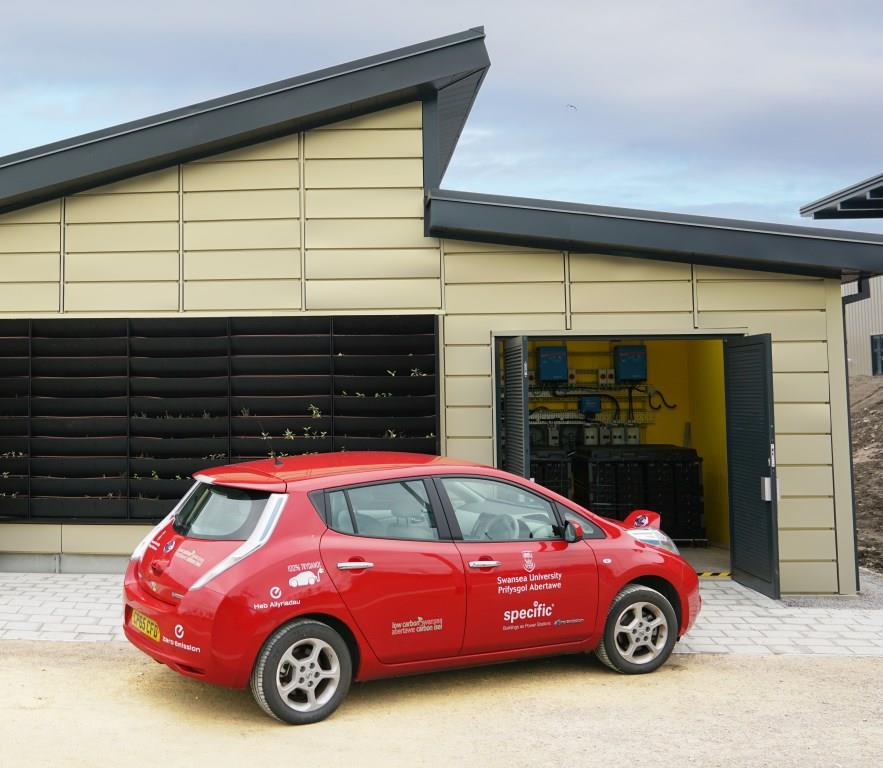 Installing solar and storage technologies into homes could save them as much as £600 each year on their fuel bills, a new study has found.

The findings are backed up by a working demonstration project completed on a school in Swansea. The ‘Active Classroom’, as it has been dubbed, has generated more energy than it has consumed since receiving the complete system six months ago.

It is also based on designs for a social housing development called Active Homes Neath, put forward by the housing association Pobl Group.

Active Homes Neath received planning permission earlier this week and claims to be first such development to use the ‘buildings as power stations’ approach to technology integration developed by SPECIFIC.

The report goes on to claim that if 1 million homes were built in the UK to the same standard, peak generating capacity required would be reduced by as much as 3GW.

Andris Bankovskis, the author of the report and member of an independent advisory group formed to assist the project, said that the scale of the potential impacts was “compelling”.

“It suggests that if we are prepared to take some bold decisions about the way energy is supplied and used in our homes, the rewards could be significant and lasting.

“Ofgem and government have shown welcome leadership recently by consulting on smart energy networks, and it is imperative to move forward with developing these as quickly as possible,” he said.

Kevin Bygate, chief executive at Specific, added that it was now important for academics to establish partnerships with the industry to help further projects such as these.

“Active Homes Neath has been designed under a standard design-and-build contract, which means it can be replicated at scale. We have every reason to believe that a cleaner, cheaper energy future awaits us all,” he said.