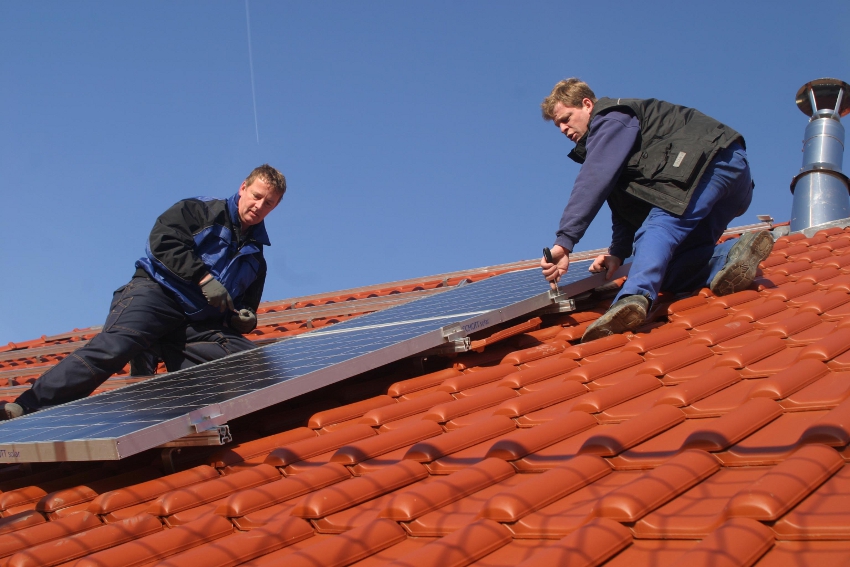 Solar installers have demanded a justification for the decision to more than double installation fees under the Microgeneration Certification Scheme (MCS), which has been branded a “cash grab” that fails to deliver any additional value to businesses.

Last week MCS confirmed it would raise its fees from £15 to £35 per installation as of 22 September, stating such a measure was needed to ensure the scheme remains “sustainable” and allow it to “continuously improve its processes and systems”.

However no further detail was provided, sparking outrage from solar installers who have rounded on the scheme’s management to criticise it role in regulating the sector.

Dubbing the increase “a disgrace”, Neil Whitfield of North Wales Renewables claimed the scheme and its administrator Gemserv “are not worth the money they charge now”.

“If they are not increasing the scope of their service, how can they justify this?” he added.

The lack of reasoning and the scale of the increase have attracted the most criticism from the solar sector more than the cost itself. As Gareth Williams, managing director of Caplor and board member of the Solar Trade Association, explained: “In the scheme of an install worth thousands of pounds it’s not the make or break of a system truthfully.”

However, he added that the “psychological kick” of a solar organisation doubling its fees at a time when the rest of the industry is “trying quite hard to cut its cloth is unreasonable”, particularly with no explanation of what the extra cash will be used for.

“It's an unreasonable thing to do without a big fanfare about what they're going to do with the money,” Williams added.

MCS has responded to this call for clarity in a statement released to SPP, pointing out that fees had not been raised during the scheme’s lifetime despite tariff changes and subsequent reductions in the number of installations being registered with MCS.

"Therefore the cost of running the scheme on a per installation basis has increased as the scheme operates on a cost pass through basis. MCS has managed this transition for the industry through the use of some of its reserves but this is not sustainable in the long term and therefore the decision was taken to raise the installation fees."

Representatives of MCS have been invited to attend an STA working group meeting to explain any improvements that will be made to the scheme and to discuss the concerns members have about these fee rises.​

Causing stress and strain to business

This latest controversy over the scheme has sparked questions over the effectiveness of MCS in its role as a quality assurance scheme, with claims levelled at the organisation that it has failed to ensure good practice across the solar trade.

Gabriel Wondrausch, director and founder of SunGift Solar, told SPP: “As an organisation, MCS has not proved value for money in any sense. There is still so much poor practice in the industry so purely by that measure, MCS has not managed to try [to] keep the quality and standards of installation.

“It's almost a tax because you can't operate without it but it doesn't seem to add any value apart from cause more stress and strain for the companies that try to adhere to the practices properly.

“If they provided a service that people appreciated rather than people felt was just an unnecessary burden it might not be quite so bad. They are a thorn in our side and they don't help business in any way.”

They are a thorn in our side and they don't help business in any way.

Many have claimed the increase is down to MCS losing cash as a result of declining activity in the microgeneration sector. Falling installer numbers as a result of feed-in tariff cuts, and fewer new products launching into the UK market, are thought to have left MCS with reduced income.

However, a number of installers have pointed to a large sum of cash reserves which was thought to be in place for this eventuality. The most recent accounts filed by the MCS Service Company are dated to February 2016 and show ~£6.7 million cash in the bank and at hand, with an additional £412,000 due from debtors within a year.

When combined this exact amount (£7,206,280) was due to creditors within a year of the accounts, leaving the company with no net assets or capital and reserve. The next set of accounts is due 30 November.

Jason Savidge, director at Stratford Energy Solutions, has called for clarity over where the MCS cash reserves are, while Wondrausch added: “Because of the amount of installers and installations going on these days, [MCS’] business model isn't viable without increasing the prices but what you can't do is build up a massive bank of cash, not deliver value for money and then increase prices.”

This latest controversy over the MCS has directed attention towards 2019 when the current iteration of the feed-in tariff comes to an end. Currently, FiT installers and products used for these jobs require MCS accreditation, with occasional spot checks carried out to ensure quality. When this comes to an end, the future of MCS becomes less clear.

Making themselves more expensive when they are close to becoming less relevant isn't a great business model.

“Once [the FiT has] gone, apart from the potential of export tariffs where you're going to have to have that, there's absolutely no way anyone is going to be a voluntary member of MCS unless they're adding some sort of value,” Wondrausch continued.

“I would have thought that their only chance of survival would be to become a public awareness standard. That is their only chance; if we start getting customers saying they want someone who's MCS because of the assurances that brings, then obviously as a company we're going to have to look to see if it's worth carrying on.

“But at the moment that's not something people ask for. They don't recognise it and they know that of all the installations going on in the UK there's a lot of shoddy workmanship and all of it is MCS.

“Making themselves more expensive when they are close to becoming less relevant isn't a great business model. If MCS want to continue as a business...they will need to learn how to become relevant.”

Gareth Williams added that it remained “vitally important” that a standards and regulatory body remain in place to block mis-selling and ensure a professional standard was maintained “that gives the best possible chance for renewable energy to be on the front foot in helping address climate change issues”.