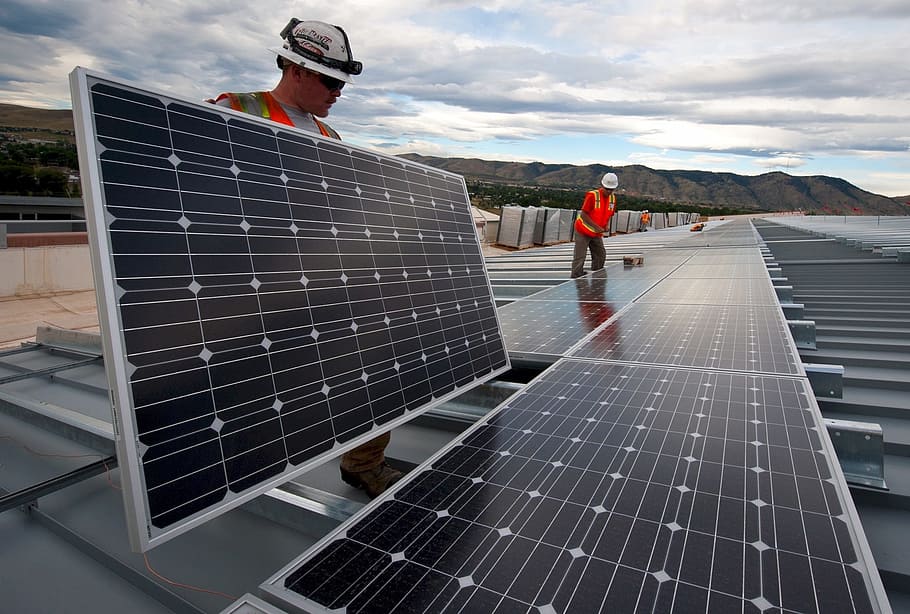 The number of jobs in the solar sector has dropped "disappointingly" since 2015, figures from the Office of National Statistics (ONS) show.

They form part of a wider report looking at the low carbon and renewable energy economy (LCREE) in 2018 in the UK.

This is largely due to the end of the feed in tariff (FiT), which was announced in 2015 and officially finished in 2019, leading to a drop in solar projects throughout the country. At the time, the government predicted that there would be 18,700 fewer jobs in the industry due to the changes in FiT.

Solar Trade Association chief executive Chris Hewett said: “These numbers will come as no surprise to the solar industry as they cover the period from peak deployment of 4GW in 2015 to a trough in 2018. In that time many jobs in installation and development either folded completely or transitioned into operations and maintenance.

“As the economics of solar improve, alongside deployment of energy storage and other smart and flexible energy technologies, we are expecting the solar jobs market to gradually recover over the years, and the need for O&M will only grow as the stock of solar systems out there become older.”

This is a more complex metric than employment statistics, as low levels of investment often follow high and are not necessarily symptomatic of a slowdown, the ONS suggests.

But it does add to the trend suggested by other figures, as acquisitions also fell to around £0.3 billion in 2018, compared with £1.6 billion in 2015.

The fall in solar jobs mirrors a wider drop in employment in the green sector, that has been labelled by the Trade Union Congress (TUC) as an “appalling failure”.

The TUC's general secretary Frances O’Grady said: “This is a dreadful record. The climate emergency is a major threat to the living standards of British people. But we are making next to no progress transforming our economy to safeguard our future.

“There should be a very good news story to tell. A path has been open to us for a long time now that’s full of opportunities to create good quality green jobs. By taking this path, we can revitalise towns and communities that lost traditional industries.

“No more excuses – the government must sit down with unions and businesses to plan a just transition to a fairer greener economy.”

Whilst the statistic have drawn criticism, there remains hope in the energy industry that things are changing.

Amy MacConnachie , head of external affairs at the REA added: “It is unsurprising to see that job numbers have fallen after years of uncertainty and subsidy cuts in the sector. However, a lot has changed since this data was taken; the UK legislated for net zero emissions by 2050, the landmark wind sector deal was signed and the Prime Minister himself pledged his support to achieving our climate goals.

“Whilst the statistics published today are disappointing, we’re expecting to see jobs in the sector grow over the next few years in line with the political shift towards a net zero UK.“

Elsewhere the ONS report there were positives for the LCREE, including the turnover rising from an estimated £40.4 billion in 2015 to £46.7 billion in 2018.

Investments throughout the whole of the LCREE grew by 48% to £8.1 billion, predominantly as the result of acquisitions in the offshore wind sector, which increased by £3.5 billion between 2015 and 2018.