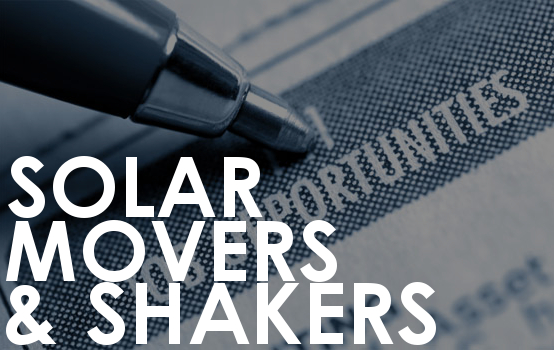 Kenber is to join the firm tomorrow as managing director of its nascent supply business, while Nick Johansen has stepped into the role of operations director. In April the company said it was busy assembling a senior management team ahead of launching its supply business in Q4 2016.

Mongoose chief Jan-Willem Bode said: “Mark repeatedly demonstrated his phenomenal ability to affect changes that lead to social and environmental improvements. I can think of no one better qualified than Mark to deliver our goal,” he added.

Another company committing itself to UK solar is PS Renewables, which has this week announced a significant recruitment drive as it looks to ramp up operations from its Reading headquarters.

The firm is seeking electrical engineers to work across its burgeoning O&M portfolio, which commercial director Matt Hazell told Solar Power Portal is aimed at exceeding the 300MW mark later this year.

Hazell added that the company is also seeking hires for its solar farm ‘Greening Team’ used to beautify assets it manages, and in total the firm could be expanding its headcount by as much as a third.

Yesterday energy secretary Amber Rudd spoke of the need for a “creative workforce” for the UK to deliver on its climate change goals before concluding that the UK solar industry had faced a “difficult” time since her department’s subsidy reset had been enacted. Without naming specific measures or policies, the secretary of state pledged to provide support for the beleaguered industry to continue its progress.

Elsewhere this week Carbon Zero announced an innovative new partnership system wherein local installers can sign up to the company’s ‘Solar Owners Club’ and benefit from a guaranteed pipeline of maintenance work.

Consumers pay an annual membership fee and in return receive free solar panel insurance and discounted additional products. The insurance is validated by an annual panel clean which, alongside any desired upgrades, is contracted to partnered installers in areas across the country.