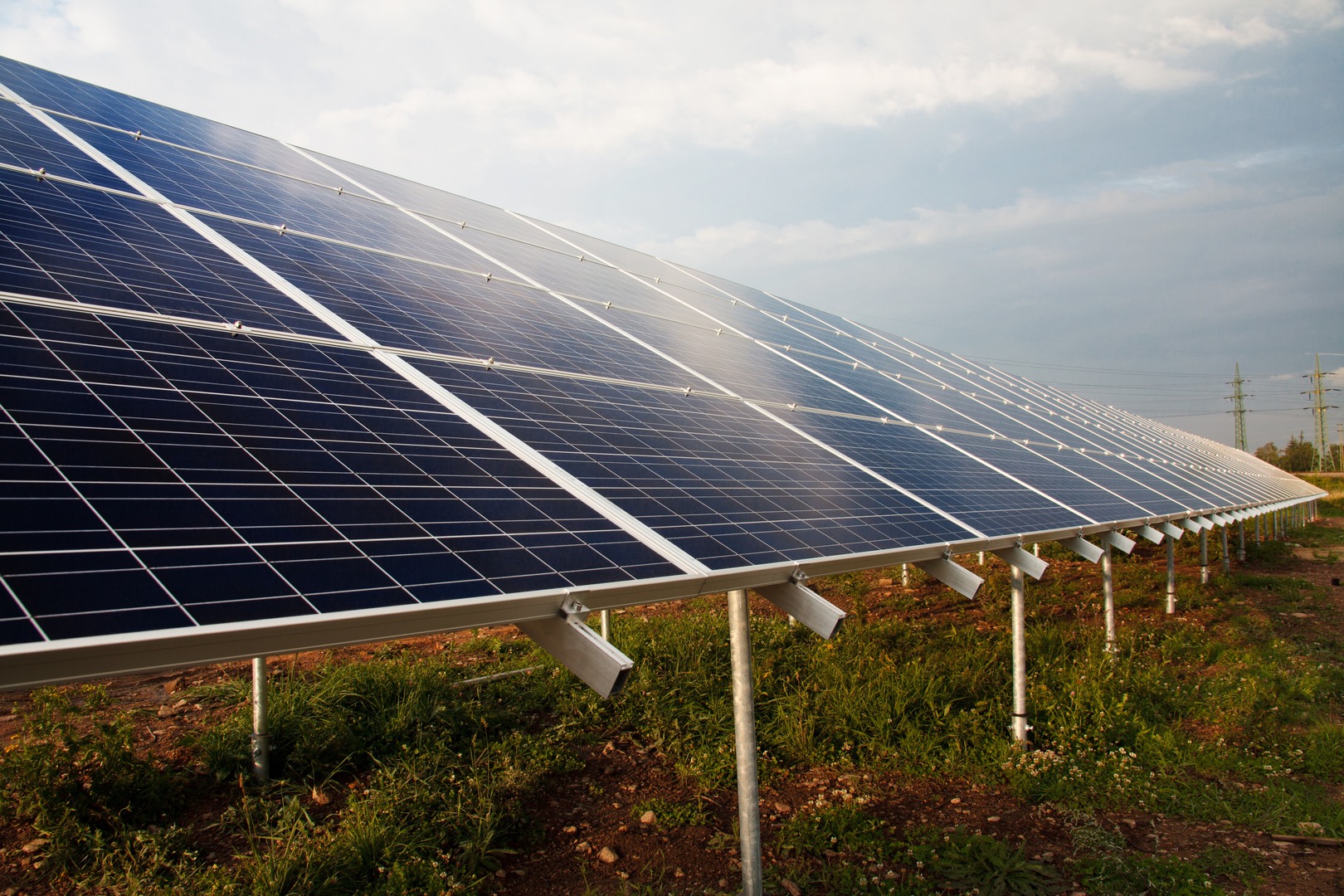 Solar generation grew by 2.29% in 2020 amidst surging growth in renewables more broadly in Great Britain, according to analysis from EnAppSys.

Last year, solar output stood at 12.04TWh while in 2019 it was 11.77TWh, the analysis firm stated. This follows record levels of solar generation in the first half of the year in particular, with generation hitting a record peak generation in April of 9.68GW.

Solar irradiation in the south of England in May was as much as 50% higher than normal, according to research by Solargis, helping to drive strong solar generation throughout the month.

In May in particular, solar generation “comfortably” provided a third of the electricity mix on a regular basis National Grid ESO recently commented.

Overall renewables had an incredibly strong 2020 and produced a record 41% (120.3TWh) of Great Britain’s electricity output. This is up from 2019, when wind, solar and other renewables contributed 35% of the country’s electricity, with generation growing by 15MTh.

This growth was mainly driven by a 25% increase in wind generation, which expanded to 74TWh. This was mainly due to increased deployment of offshore wind, as the UK continues to target the technology. In particular, Q1 was a notable windy period, marked EnAppSys, with a number of storms – such as Storm Ciara in February which pushed wind power to 44.26% – leading to substantial generation. 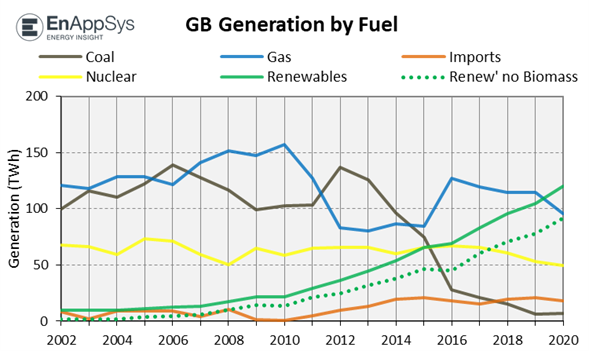 Growth in wind and biomass helped drive down the levels of fossil fuels in the mix, which fell to just 102.7TWh compared with 230.5TWh in 2011.

Coal power in particular continued to decline at a rapid rate, with 2020 seeing 67 days and 16 hours without the fossil fuel in the mix. This was the longest period Britain has been without coal since it was first used to generate continuous electricity by Thomas Edison in London in 1882. The continued decline of the technology allowed a historic first, with Britain celebrating its first coal free Christmas.

Paul Verrill, director of EnAppSys, said that the record renewable generation together with lower demand allowed for the lowest levels of conventional generation in recent history.

“For a notable portion of 2020, these conditions meant that coal and gas-fired plants often fell down the merit order. Nuclear production was also down, in part reflecting contractual arrangements to take Sizewell offline during the May to September period to provide greater headroom to support system security,” he continued.

“The combination of low demand and high renewable output saw occasional requirements for actions by National Grid to increase system inertia by bringing on conventional spinning generation on occasions, most notably during the May Bank Holiday weekends at the height of the first lockdown.”