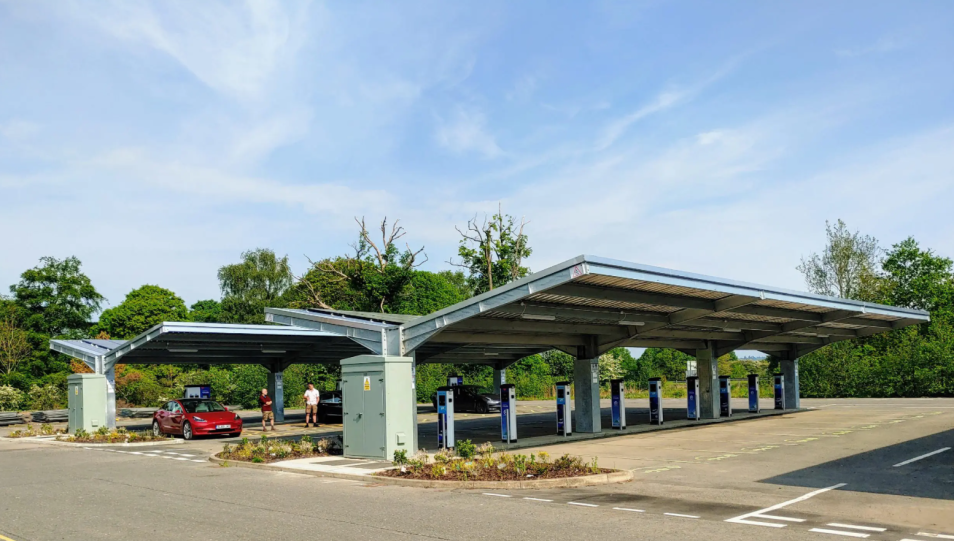 A low carbon transport hub featuring solar PV, a Tesla battery storage system and a range of electric vehicle (EV) chargers has been developed by FES Support Services on behalf of Stirling Council.

The site consists of six overhead solar canopies made of 865 Sunpower 320W solar modules, with these expected to generate 210,000kWh annually. A Tesla Powerpack has also been installed on site with a storage capacity of 446kWh, with this to allow all car chargers on site to be used at the same time.

The site is the second project in the A9 Electrification Scheme delivered by FES Support Services. It received over £1 million of funding through Transport Scotland’s Low Carbon Travel and Transport (LCTT) Challenge Fund, which is part funded by the European Regional Development Fund (ERDF).

“With the electricity produced being used to power on-site buildings, car park lighting as well as charge vehicles, this is a massive step forward in our aims to meet our climate change targets and encourage more sustainable modes of transport," said Stirling Council’s environment and housing convener councillor Jim Thomson.

The design and construction of the transport hub follows FES Support Services being appointed to construct ground-mount solar PV on behalf of Scottish Water Horizons earlier this year.