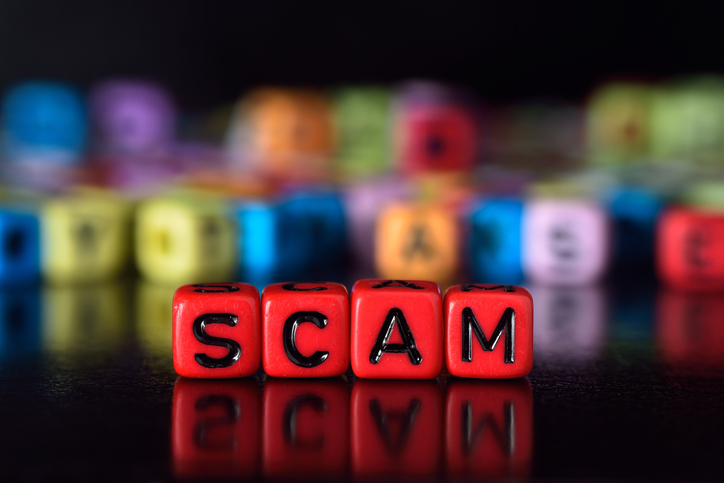 Homeowners and businesses in Fife are being targeted by solar scammers according to the local council’s trading standards team, which has issued a warning to be on the lookout for renewable energy and property maintenance scams.

Those with solar panels have reportedly been receiving telephone and doorstep cold calls offering to supply upgrades or accessories alongside extended warranty products.

However, these calls often come with misleading claims such as the need for an inverter replacement, that a component is broken or faulty or that the performance of the system will be increased.

The Fife trading standards team was unable to share details of the companies involved or the manufacturers whose products are being pushed on customers but similar claims have been made throughout the UK in recent years.

Operating outside of the “regulatory envelope”

Virginia Graham, chief executive of the Renewable Energy Consumer Code (RECC) who spoke at last year’s Solar & Storage Live event on this issue, told Solar Power Portal that often these companies are operating outside of the “regulatory envelope”.

“We are aware that companies, who are not RECC members, have been cold calling consumers, trying to sell them equipment that they do not need at extortionate prices and/or informing them that their inverters need to be replaced when they do not.

“Unfortunately, since none of the items these companies are selling are certified or form part of a regulated government incentive scheme, there is no reason for them to join a consumer code, particularly since this will prevent them from mis-selling,” she said.

RECC’s consumer code to which its members abide states that members must “not mislead consumers in any way” or lead them “into taking decisions they otherwise would not have done”. Code members must also not give false information about their businesses, products or services, setting out any assumptions made of the financial effectiveness of the work being proposed.

However, Graham added that companies work outside of this system to avoid the regulatory constraints imposed to support best practice.

“They try to make sure they're not in the regulatory envelope and so that's quite frustrating,” she said.

“It's good in Fife for example that they are doing this and making it known that it's happening [but] the people who are there to enforce it, Trading Standards, are in some areas very resource constrained and so that's why you get an area by area approach.”

She added that often firms that have folded in recent years are thought to be selling their client lists, or setting up under new names to target them directly through the means outlined by Fife’s trading standards team.

Dubbing the tactic “nefarious”, Graham said: “They're not getting it through any official channels [and] they're certainly not getting it from the government so what's happening is that they are buying these lists and once you get the information it's easy.

“We do a huge amount of due diligence on anybody who is our member so we understand exactly who the directors are, what their trading history is, who their partners are - everything about them. The problem is when they go and start something up which is not a member we don't have any need or opportunity to do the due diligence checks and so they then seem to sell the information.”

Graham pointed to this gap in the system as “extremely frustrating” but added that RECC was extremely interested in working with industry to weed out the perpetrators of this practice.

While Fife’s trading standards team was unable to share company details with SPP, it did say it would contact RECC if it receives complaints about code members.