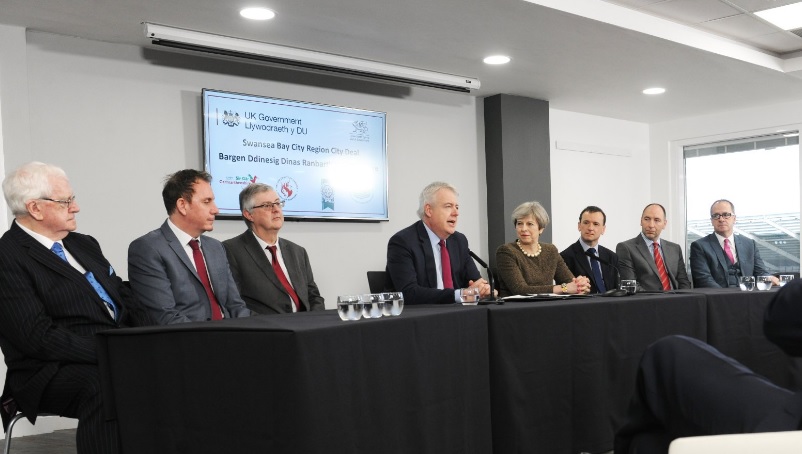 Thousands of new and existing homes are to be fitted with a range of low carbon technologies including integrated solar PV and battery storage systems as part of landmark funding agreement for the Swansea Bay area of Wales.

UK and Welsh government ministers signed the Swansea Bay City Region (SBCR) deal on 20 March which secured £1.3 billion for the region, one of the biggest investments to ever be secured in Wales.

Among the various programmes to be in initiated using the SBCR funds is the Homes as Power Stations project to be led by Neath Port Talbot Council. In an area of high fuel poverty, the project will deliver new low carbon homes supported by carbon reduction targets and a reduction of demand on local grids.

Retrofit projects will account for 3,000 (71%) of the homes to be included in the five year scheme, with 250 to be tackled in year one. An additional 1,200 new build homes will also be constructed using the £15 million assigned to the project from the SBCR deal, with 200 to be completed in the first year.

The programme will evaluate a number of renewable and low carbon technologies for both new build and retrofit schemes, with a spokesperson for the council confirming that roof integrated solar PV and battery storage technology is being incorporated.

He added that the timescales of the rollout of the proposal will be formulated within the next six months during which the project programme will be developed and approved, defining when the work will be tendered.

The Neath development will be used as a pathfinder vehicle to evaluate and test the design, implementation, installation and performance of the houses as power stations. The council is expecting to draw in excess of £517 million of funding for the total programme, generating an estimated 4,512 new jobs.