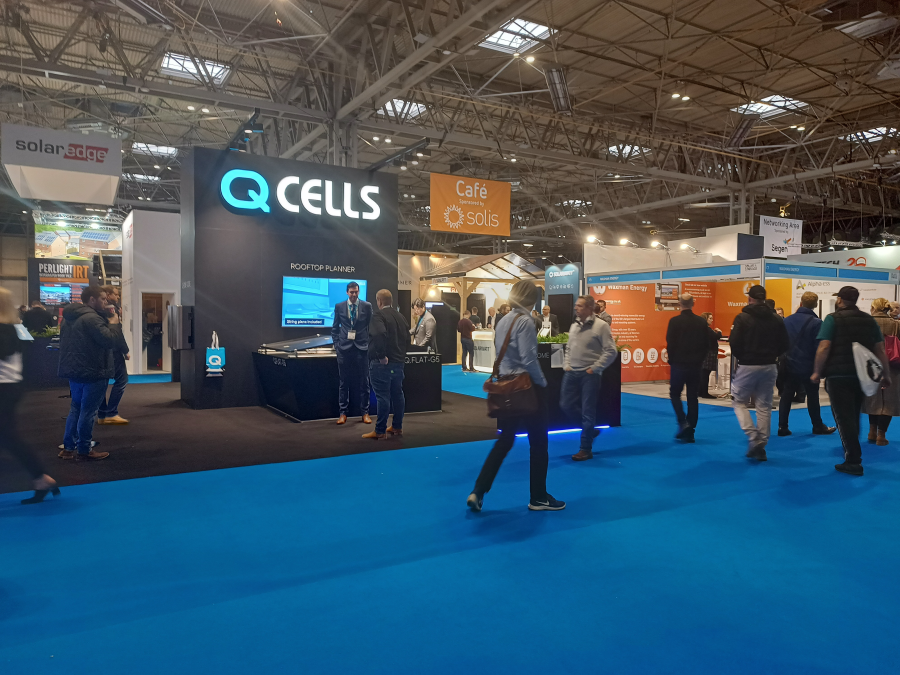 Hello and welcome to Solar Power Portal's coverage of Solar & Storage Live, taking place between 23-25 November in Birmingham. The Solar Power Portal editorial team is going to be reporting live from the event, bringing you all the insight, news and views from the show floor.

“Our residential businesses is twice as large as it was this time last year, and commercially even more so. Demand is huge,” she said.

As such, recruitment has been a large focus for Segen recently, as has managing supply chain hurdles. MacFarlane said that the company is in a good position due to its long-standing relationships with many of its manufacturers, as well as its range of manufacturers. This means it gets early warnings of problems ahead, allowing it to plan.

“We have foresight into issues with availability and pricing changes,” MacFarlane said.

“We've got a strong supply chain team who were able to have dialogue early on with manufacturers. It's taken a lot of planning to make sure that we're in the best possible position for our customers so that then they can deliver the projects that are in the pipeline.”

When it comes to the end of a battery’s life, the first priority is reusing it for another application, and if that’s not possible, then recycling it. That’s according to Fearghal Kearney, client director of Circulor, who was speaking on a panel debate on recycling and reusing batteries.

As it stands, the recycling processes are quite well developed, but instead the difficulty the industry is going to face will be scaling, IHS Market’s senior analyst George Hilton said.

Second life applications such as those provided by Connected Energy are a way to reuse batteries before recycling, although CEO Matthew Lumsden said the quality of the batteries is very important for this application, as is data on their previous applications and performance.

He added that the key thing to making second life a reality isn’t just the technology and stability of the batteries, but creating a completely new business model that isn’t just capex based, but includes batteries as a service and managing a battery all the way through its life. 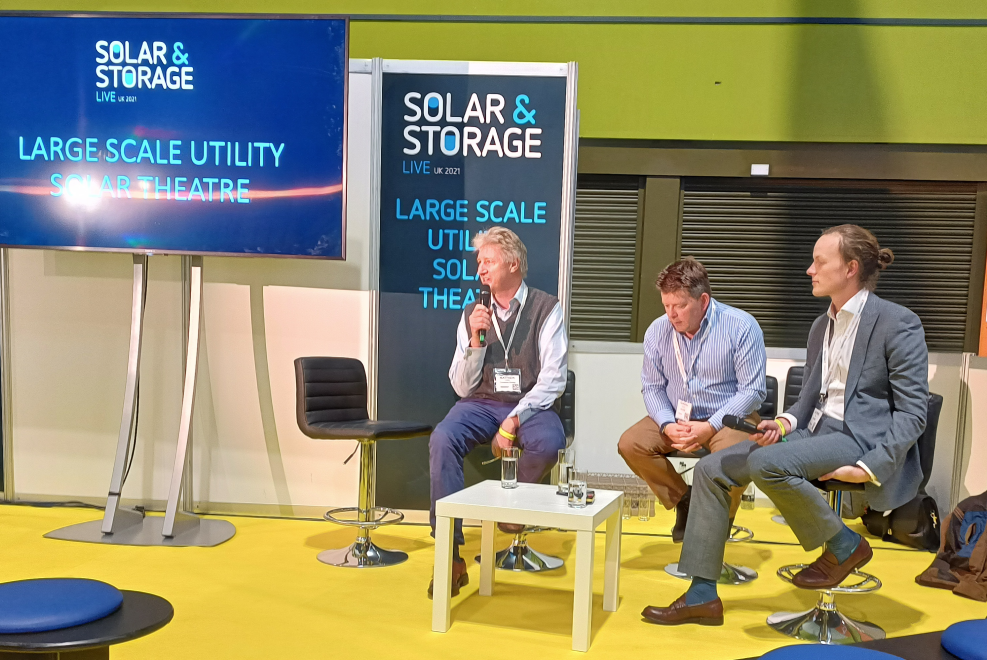 “Everything has changed” since solar as first eligible to compete in the Contracts for Difference (CfD) scheme, Jonathan Selwyn, managing director of Bluefield Development told audiences at Solar and Storage Live today.

There are now a range of routes to market, and so the question is now how many developers will bid in to December’s auction for Allocation Round 4 with other options available, although James Armstrong, managing partner of Bluefield Partners, said that the CfD is likely to attract a lot of interest due to the security of income it provides, which is highly attractive.

An important element of the upcoming auction, however, is the strain currently on the grid, with Selwyn asking how the CfD auction will flex to take into account the uncertainty of grid connection timelines, citing examples of some projects having their connections delayed. This was addressed by Nick Blair, head of scheme management at the Low Carbon Contracts Company (LCCC), who said that any developers who identify a problem should talk to the LCCC as soon as they know to work out a solution. “All we want to see is those projects get over the line,” he said.

Storage was also touched on, with solar and storage co-location eligible for the CfD for the first time. Blair said that not only is storage much more investable now, the policy landscape has also evolved. Armstrong added that the UK is ahead of Europe at the moment in terms of storage policy - which he described as key.

However, “the industry needs to keep lobbying government effectively to say this is what we need”. 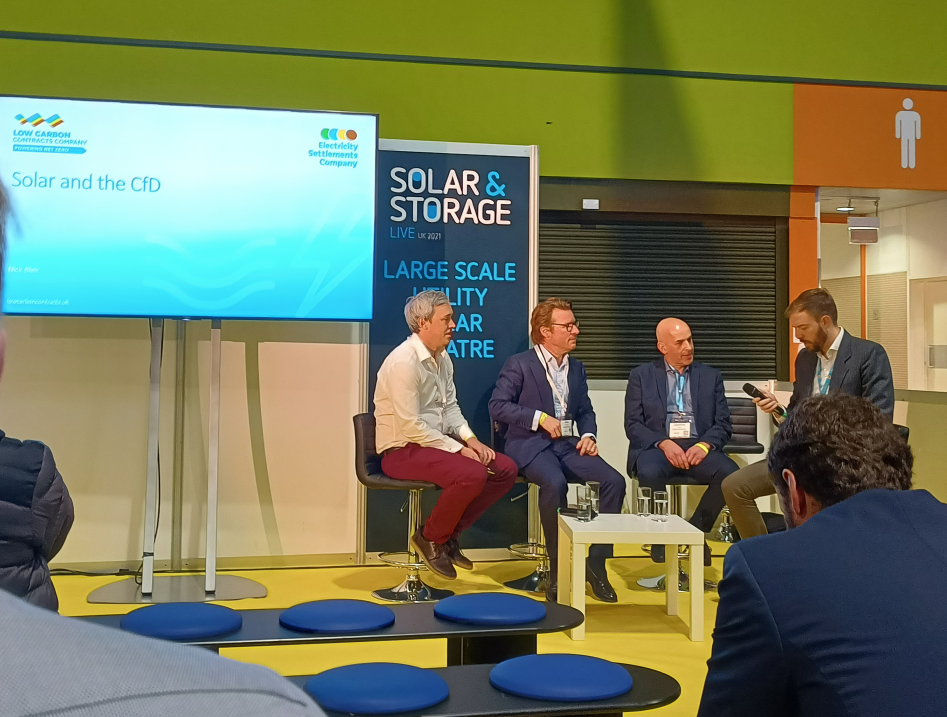 Confidence and determination among the industry

“The next decade is going to be absolutely huge for the industry.”

That’s the message given by Chris Hewett, chief executive at Solar Energy UK, speaking in the keynote at Solar and Storage Live 2021. With last year’s event being virtual, Hewett said that “so much has happened” since the industry was last gathered together in 2019 - when it thought it was “on the cusp of something big”.

Now, it’s happening, with campaigning from the likes of Greta Thunberg bringing the climate emergency into greater focus.

Whilst there have been developments such as Brexit and COVID-19 since 2019, as well as the current challenges such as supply chain issues and labour shortages, the industry isn’t complacent said Hewett.

As such, he believes that Solar Energy UK’s 40GW by 2030 goal – which the trade body has campaigning to be adopted by the government – is not only achievable, but potentially beatable too.

He ended the keynote session by referencing COP26, which Solar Energy UK attended, stating that a common question that came up was whether the industry is optimistic. While neither optimistic or pessimistic, Hewett said the main impression he received of the industry was confidence and determination. 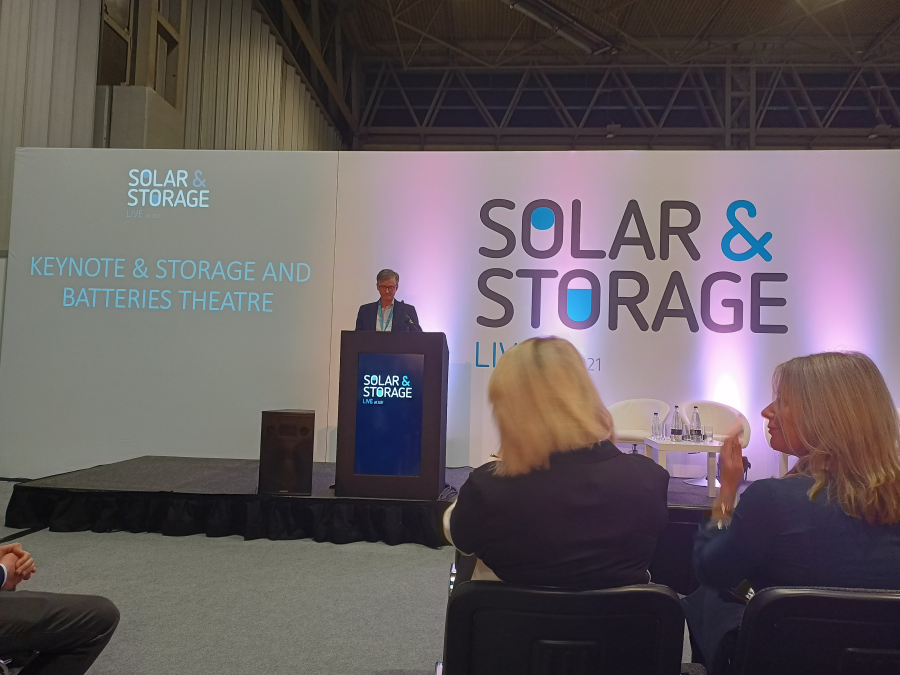