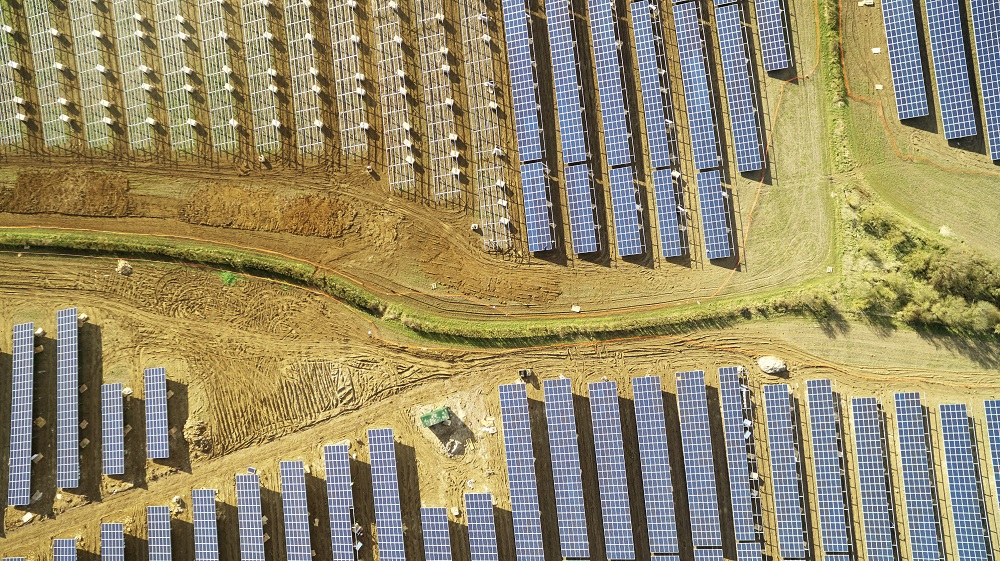 Solarcentury has announced its first UK solar farm development in four years, with 62MW planned for a Welsh site.

The company has identified a plot of land on which to build the Elwy Solar Energy Farm, north east of St. Asaph, Wales.

It would generate 60GWh of electricity per year from ground mounted panels. Batteries are also planned for the site, allowing the solar power to be used both day and night.

The company says that the return to the UK market underlines the evolution of the solar industry in recent years. In particular, the fall of the cost of the solar panels and the following emergence of the subsidy-free environment.

The announcement comes after Enrico Ambrosini was appointed as global head of origination last year in an effort to ‘accelerate’ subsidy-free development.

Frans van den Heuvel, CEO at Solarcentury, said they were excited to be exploring the option of a new site in Wales.

“Solar farms like Elwy, which have the potential to generate significant amounts of clean solar energy and feed it directly into the UK’s national grid, while at the same time supporting local employment, will be essential in helping the UK Government achieve its goal of net zero by 2050.

“Thanks to the rapid evolution of solar technology in recent years, it is now the cheapest form of new energy generation in the UK, meaning the industry can thrive again without the need for government subsidies. As a global business with a proud UK heritage, we are committed to leading the charge on expanding the UK’s supply of solar energy and are identifying other sites for future development.”

Solarcentury states that the site's construction will create jobs for the local communities, and build a supply chain. Additionally, once constructed, the site will be planted to support a variety of wildlife, including bees, bats and birds.

The company will launch communication sessions for the local community in March 2020.

“We want the local community to be involved in the process leading up to any planning application being submitted and will be asking for feedback and views over the coming months,” Chris Banks, UK business development manager at Solarcentury, added.

“Local councillors, community groups and residents will all be invited, with details of these events being publicised soon”.

Last year, Solarcentury announced “record financial results” for the year ended 31 March 2019. At the time it was casting its eye towards a 5GW, global solar pipeline.