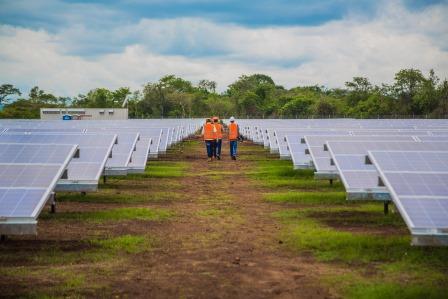 Last weekend Solarcentury was included in the Sunday Times’ International Track 200, which ranks UK-based mid-market private firms based on their growth in overseas markets.

Solarcentury was positioned 22nd out of 200 on that list with The Sunday Times placing its annual revenue from international markets at around £22.6 million against total sales of £168.3 million.

The Sunday Times stated overseas revenue to have more than doubled over the last two years and Neil Perry, chief financial officer at Solarcentury, told Solar Power Portal its inclusion near the top of the list reflected the “continued financial health” of the company as it started to export overseas.

“And we expect this to continue; we now have eight offices outside the UK, an international framework partnership selling through IKEA solar stores, and a project pipeline of more than 3GW across Europe, Africa and Latin America,” he said.

Solarcentury’s international expansion has been long stated, particularly in Latin America where, earlier this year, the group acquired a 400MW pipeline from equity investor ECOSolar.