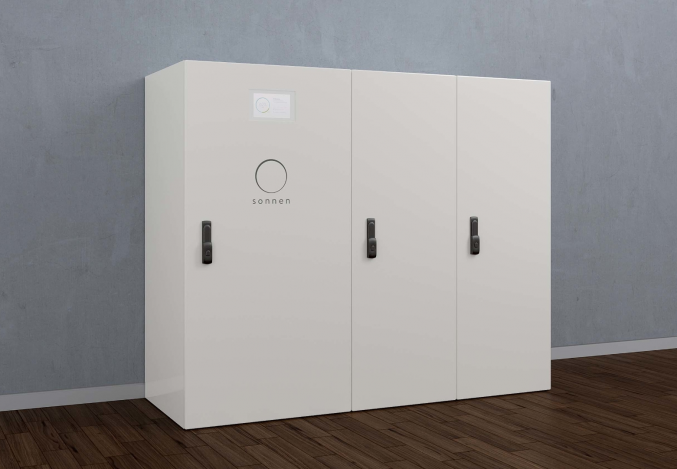 German energy storage firm sonnen has set its sights on C&I customers with the launch of a new battery storage product geared entirely at commercial and industrial installations.

Sonnen has partnered with inverter manufacturer Ideal Power for the sonnenBatterie pro, which the companies have billed as an ‘all-in-one smart energy management solution’ designed specifically for small businesses.

The system utilises sonnen’s existing software to reduce electricity costs by utilising its storage function to take advantage of self-generated electricity during peak periods when tariffs are higher.

It also enables companies to participate in demand response programmes launched by utilities – a facet some in the energy storage market have labelled as crucial to the commercialisation of battery storage technologies.

The sonnenBatterie pro’s modular design allows companies to scale up from a minimum system design of 18kW/24kWh to as much as 90kW/240kWh, and the firm expects to ship its first units in Q4 2016.

Boris von Bormann, chief executive at sonnen, said that business customers would be a “key market” for the company, especially against a backdrop of increasing energy prices and a growing number of businesses turning to solar PV.

“With the pro we are providing them [businesses] with a reliable tool for understanding and better managing their facility’s energy usage both today and in the future,” he added.

While sonnen has issued little clarity as to which markets will receive the sonnenBatterie pro and when, the UK is a focus market of the company’s.

Last month it was revealed that the company was likely to be involved in a new housing scheme which could see as many as 22,000 sonnen and Leclanché batteries installed, a project which sonnen UK and Ireland director Martin Allman said promised to blow other schemes “out of the water”.