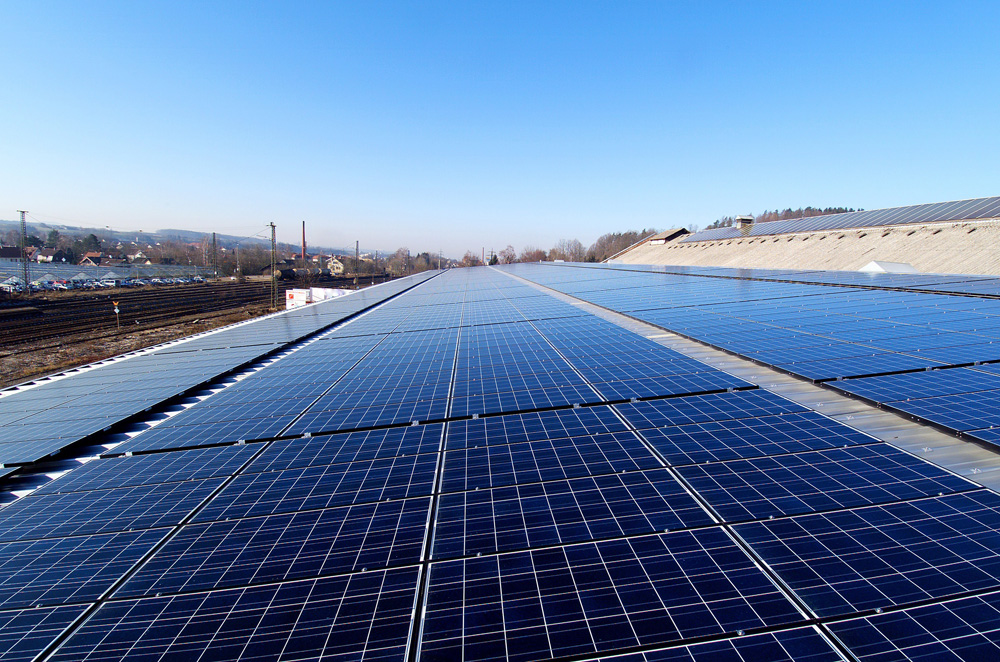 Solar installations used mainly for export or via a PPA will see business rates decrease following a deal struck by the STA, while systems used for self-consumption remain at risk of increasing rates. Image: Baywa

Solar installations used by companies to export power to the grid are to be spared from rising costs after the Solar Trade Association (STA) successfully signed a provisional agreement meaning these systems will in fact see a decrease in business rates.

However, concerns remain over the cost to those firms using their installations to power their own operations after the STA conceded that the increase of six to eight time the current levels is set to remain for these systems.

The business rates issue has raged over the summer, with industry and politicians across the house lobbying against the planned increase by the Valuation Office Agency (VOA). Due to what has been dubbed an ‘archaic’ business rates system, reducing costs for solar have not been reflected in the calculation of new rateable values to be applied in April 2017.

Due to existing legislation, VOA classifications split owners of solar panels into two classes; those who ‘mainly export’ their power, and those who use the majority of power onsite on the sites which they occupy.

Following months of negotiations, the STA alongside consultants representing Lightsource and Octopus Investments has signed a Memorandum of Agreement with the VOA meaning most solar systems exporting to the grid or via a power purchase agreement (PPA) to tenants will see a decrease in business rates, reflecting falling costs, and lower rates of subsidy.

Paul Barwell, chief executive of the STA, said: “The good news for ‘export’ solar is that, in most cases, the rateable value will fall from 2017, some by as much as half. Rates should reflect the true value of the solar asset, as well as the income received. As both of these have fallen dramatically over the last five years for solar power, the rateable value has also fallen: logic has prevailed.

“We now need Ministers to act to ensure similarly fair treatment for those supplying themselves with their own rooftop solar.’

The new rates, due to be published today, will see some properties experience a sharp hike in the solar part of business rates for organisations if they use their systems for self-consumption.

This is likely to hit those firms adopting on-site generation in an effort to increase their green credentials and power themselves, which the STA call “a highly efficient option”, as well as public sector buildings and educational institutions not protected by charitable status.

These can continue to expect to see considerable rates increases which in some cases could see installations head into negative returns, with the agreement made by the STA sparking off some perverse new outcomes.

For example, an organisation that owns and uses its own solar panels will be paying far more than in a scenario where power is generated by a third party through a PPA or if the installation is set up as a Special Purpose Vehicle (SPV).

The STA has calculated that businesses that use their own onsite power will see a reduction of around 2.5% on their return on investment, damaging project economics. The business rates portion from solar on a typical 100kW installation in this case would rise from £400 per year to £2,700 per year.

These changes are to be implemented despite growing political pressure around the issues, which have ranged from House of Commons discussions to committee hearings.

Barry Gardiner, shadow secretary of state for energy and climate change, accused the government in July of “sleeping on the job” over solar business rates before launching a campaign against the proposals earlier this month.

The Green Party co-leader said: “Hiking business rates for firms which produce their own energy from solar panels is a short-sighted move. Solar is a cheap and efficient way to produce energy, yet this government is side-lining this hugely popular technology and now risks allowing it to be undermined.

“This tax hike will punish those businesses which are acting on climate change, and it should be rethought immediately.”

The STA has said it will remain in close dialogue with various government departments with a stake in the business rates issue, and is calling on ministers to apply an exemption to solar from business rates similar to the one imposed on Combined Heat and Power (CHP).

Paul Barwell added: “One of the huge advantages of solar is that it has low operational costs as the sun is a freely available energy source. The estimated £1,000 a year operational and maintenance cost for a typical 100kW system will now be dwarfed by the £2,700 annual rates bill. Legislation needs to correct this anomaly so that all solar installations are treated fairly.”