The Solar Trade Association has set out its key policy asks for the government regarding the growing energy storage market, with calls to resolve regulatory barriers and protect consumers with minimum standards leading the field.

In its latest policy paper to government, dubbed 'Solar + Storage Opportunities', the STA has claimed a number of key issues affecting the nascent energy storage sector need to be resolved before it can reach its fullest potential. 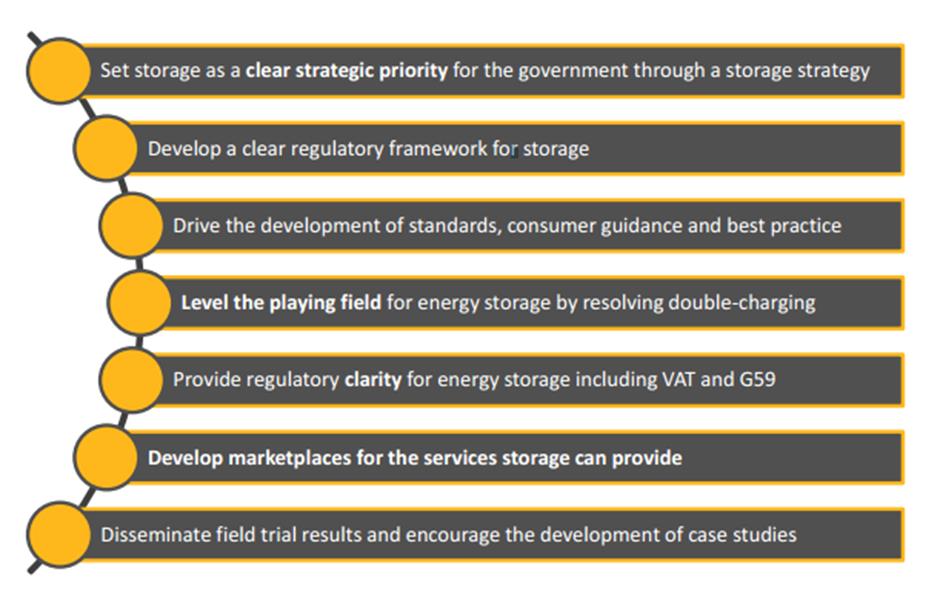 Among these is the fact that there is currently no legal definition for storage, both at EU and domestic level. Existing projects are classed as generation assets which means they are subject to “inappropriate” obligations and charging treatments.

This includes the issue of double charging whereby electrical storage systems are subject to network usage charges on the same basis as generators. Any electricity which is stored and then used is first charged for importing and storing the energy (intermediary consumption) and secondly for discharging and using that energy (final consumption).

The STA claim this could be solved relatively simply by levying charges on final consumption and not all consumption generically, solving double-charging problem and creating a level playing field for the technology.

The association adds that storage should be given its own asset class to slot into the regulatory framework, however this is a long-term goal which is superseded by more immediate concerns.

This includes protecting consumers, both domestic and commercial, from bad practices which are already thought to be at play with the storage market.

The Renewable Energy Consumer Code registered a minimum of one complaint every two weeks in the first four months of 2016, ranging from mis-selling claims over payback periods, advertising batteries as MCS-certified or claiming government grants were available.

The STA argues that it is crucial that storage systems are sold fairly and installed well from good components in a way that is safe and effective.

“Poor consumer experiences and bad reputations can damage markets before they can take off…development of standards and guidelines should be strongly supported and driven by the government as part of their Storage Strategy,” the report states.

Among the other policy asks to come from the STA is for the government to ensure storage becomes a clear strategic priority; to clear up the policy landscape regarding the technologies position within existing regulation such as with the RO scheme, VAT for VAT for domestic solar + storage and grid connection processes for domestic solar + storage; and the need for development of marketplaces for grid services at the distribution level.

Importantly the STA is echoing the general consensus within the UK market that financial incentives from government “may not be the right action”, claiming it is likely the economics will be fundamentally more attractive by the time essential regulatory hurdles are overcome in the UK.

Paul Barwell, chief executive of the STA, said: “Storage is a game-changer for power systems and consumers around the world. Other countries are providing stimulus to their storage industries but we believe the priority in the UK is to move quickly to lay the foundations for the development of a strong, safe and sustainable energy storage industry, at all scales.

“The costs of storage are moving rapidly downwards, and the economics could be compelling by the time fundamental regulatory and market barriers are resolved.”