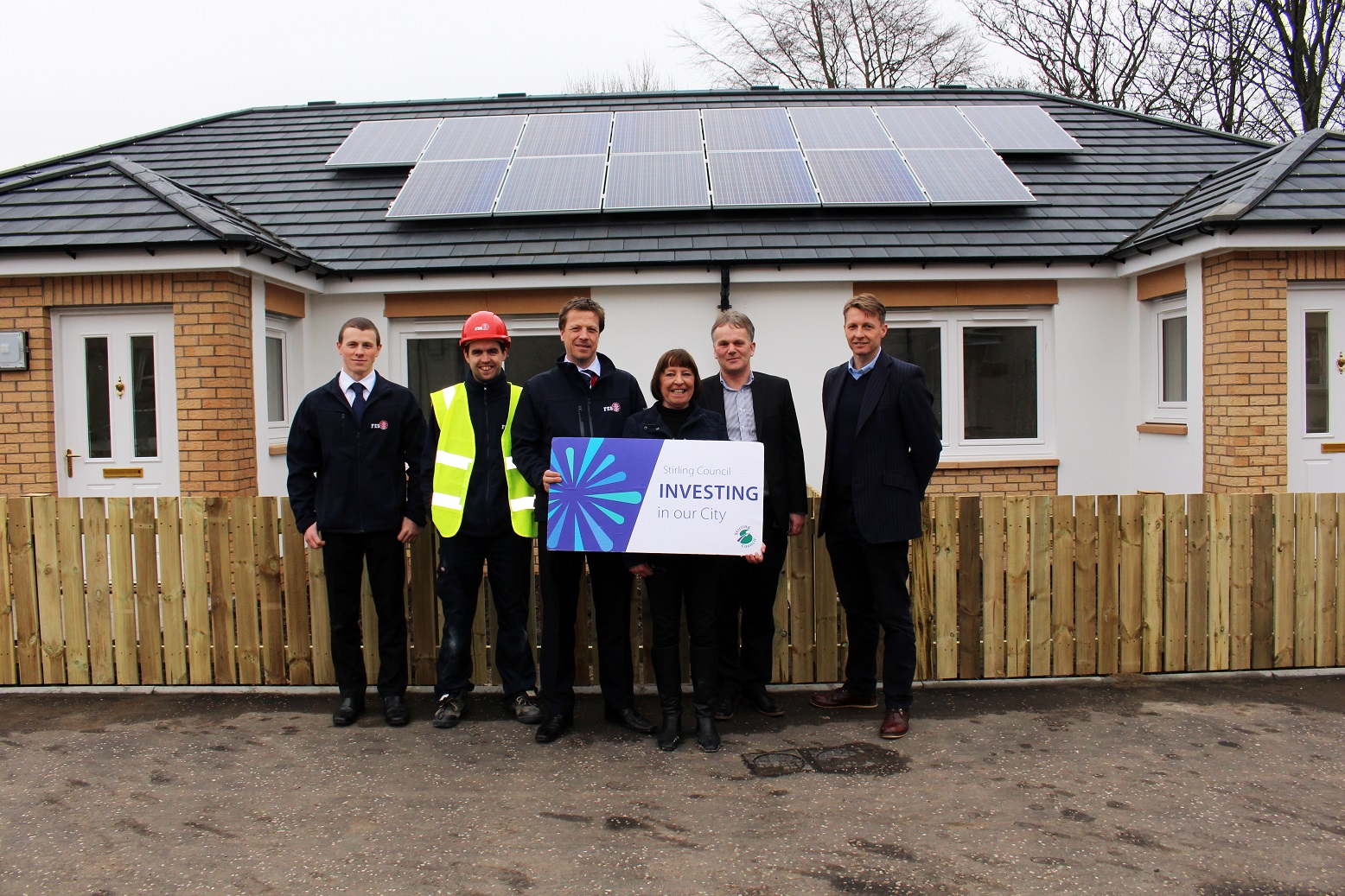 Stirling Council completed the 1,500th installation of solar PV on its housing stock earlier this week and paved the way for battery storage to follow its lead.

The install was completed on a new build bungalow in Bannockburn earlier this week as part of a wider renewable investment scheme launched to alleviate fuel poverty and reduce the council’s carbon footprint.

To date more than £8 million has been spent on delivering the solar rollout, and the council has now committed to invest an additional £4.25 million over the next two years to install solar on an additional 1,200 homes.

And battery storage technologies could also feature in future installs should the results of an initial pilot scheme in 50 homes be deemed a success.

“Combined with the battery storage system, our tenants are benefitting from the latest technology to reduce their energy costs. The savings will actually increase each year as the cost of electricity is expected to continue to rise so, this really is an investment that will continue to benefit our tenants for years to come,” said councillor Violet Weir, housing portfolio holder at Stirling Council.

German battery manufacturer sonnen has been selected to provide the storage systems and speaking to Solar Power Portal Martin Allman, country director for the UK at sonnen, said the firm was delighted to be involved.

“Aside from enabling tenants to optimise their self-consumption of their solar energy, the sonnenBatterie will also help tenants to save more money on their bills. Tenants can use the battery to tap into off-peak electricity tariffs, as well as connect other loads such as heating, hot water or other consumers,” he said.

Allman also confirmed that all installed systems in Stirling had been “effectively future-proofed” to join sonnen’s flagship sonnenCommunity scheme should they wish to do so when it is launched.

sonnenCommunity – already active in Germany and Austria – is a platform shared by sonnenBatterie owners which allows them to share self-generated electricity with other members.

The company has yet to confirm a precise timeline for a wider launch of sonnenCommunity in the UK, however Allman did stress that its development was “underway”.