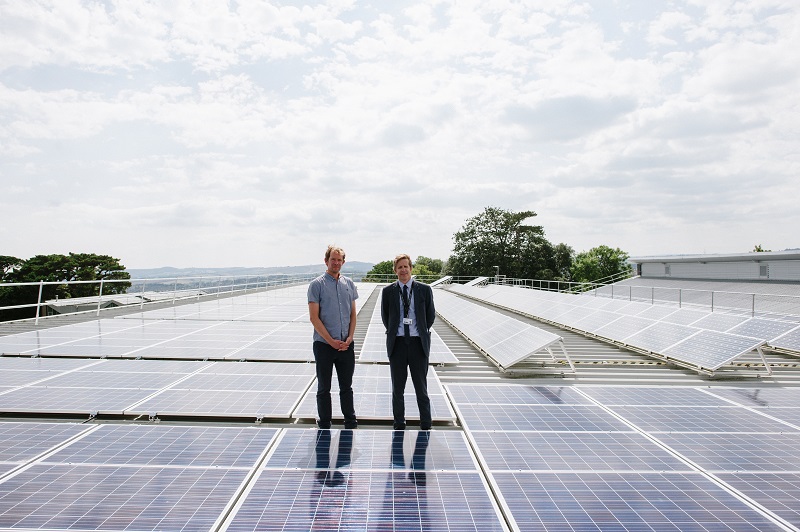 SunGift Energy has installed a 140.5kW solar rooftop array on behalf of the University of Exeter, a project completed without the need for subsidy.

The array comprises more than 500 panels and covers 800 square metres of the university’s sports hall roof. It’s expected to generate just shy of 125,000kWh of power each year, all of which will be used on-site.

Speaking to Solar Power Portal, SunGift’s Gareth Walton explained that the campus is served by a single MPAN. This means that only a single PV installation can claim the feed-in tariff, with one such system having already been installed.

The main driver for this second, follow-up installation, Walton added, had been that PV prices had dropped to such an extent that the system made sense economically without subsidy support.

The installation was financed directly by the university and falls under its new Low Carbon Commitment Implementation Plan (LCCIP), under which the organisation has committed to reduce its carbon emissions by 50% by 2026.

The first project under the LCCIP, the installs also marks the start of a wider collaboration between the university and SunGift Energy which intends to deliver low carbon power and heat for the entire campus.

“As we employ several Exeter alumni, it is good to see their knowledge feeding back into the University in such a positive way. This subsidy-free installation shows that producing your own electricity on-site and when you need it is greatly advantageous, offering both financial returns and sustainability benefits,” Gabriel Wondrausch, founder and MD at SunGift Solar, said.