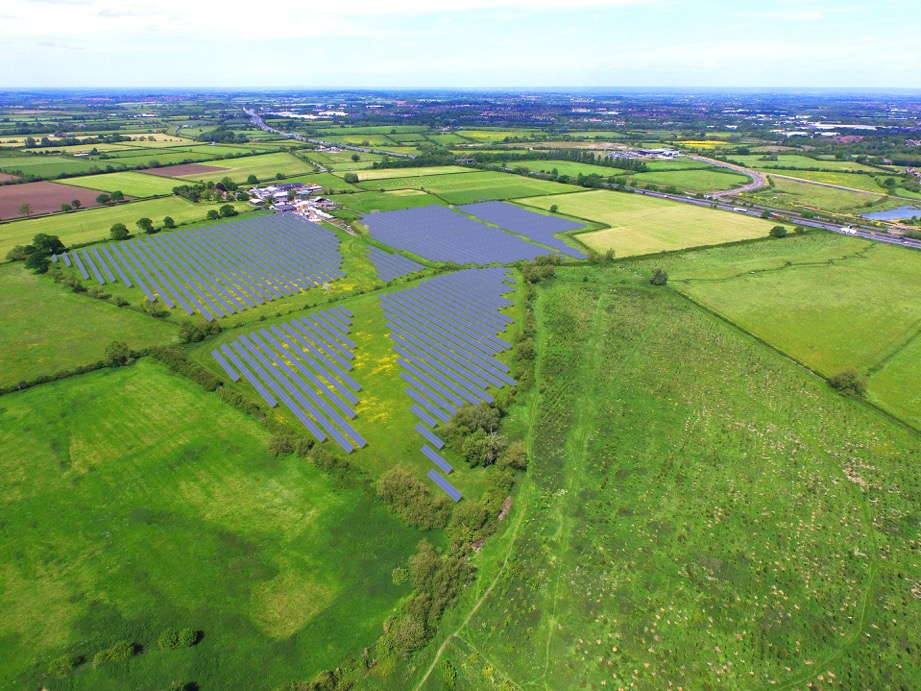 If approved at a council meeting on 19 October, Swindon’s second solar bond would fund a new 5MW solar farm on a council-owned former landfill site at Chapel Farm in Blunsdon.

SBC says the offer would also be the first in the UK to allow investors to use the new Innovative Finance ISA (IFISA) to give them a tax-free return.

This has been made possible by a government announcement that from 1 November, the IFISA will include peer-to-peer investments such as debentures, allowing individuals to invest directly into businesses and projects.

The council is committing £3 million to the project while seeking to raise £2.4 million from the community. Investors are expected to gain a return of 6% from the offer, with revenues from the solar farm also due to make a contribution towards community initiatives.

It will be used by the council to pay for a 1,300 metre sound barrier alongside the A419 duel carriageway, fulfilling one of SBC’s 30 Pledges to residents that it intends to deliver by 2020.

The new solar bond offer is being considered following the success of the Common Farm development at Wroughton, which raised £1.8 million from the community and generating electricity on 29 June 2016.

Councillor Dale Heenan, SBC cabinet member for transport and sustainability said: “We caught the imagination of many earlier this year by offering the first council solar bond to the general public, and successfully raising £1.8 million in eight weeks.

“Six months on, Swindon’s second £2.4 million solar bond will be the first to allow residents to invest through the IFISA, and the first to build a noise barrier along a dual carriageway funded as a direct result of a solar farm on a landfill site.

“The barrier will provide a measurable improvement in the quality of life for hundreds of families who live along a road which is predicted to see an increase in traffic of 28% by 2028.

“The 6% return is fantastic when compared to most bank saving accounts which are offering less than 0.25%. This project is an excellent example of Swindon’s renewable energy strategy, combining the economic and environmental benefits of solar with social benefits. It’s an approach which already means there is an extra £650,000 available every year to contribute towards council services.”

As well as providing additional funds to both the council and local residents, the Chapel Farm project will help Swindon move closer to its goal to install 200MW of renewable capacity by 2020, enough to meet the equivalent electricity requirements of every home in the Borough.

Completion of the latest solar development, which is expected in spring 2017, would take the present total to 167MW, over 80% of the target.

The financial details of the proposed project are being finalised and if approved, the investment offer has a target date for launch of 1 November.

These range from authorities like Havering Borough Council planning to build two soalr farms totalling a combined capacity of 15.5MW, using capital reserves to be replenished by community funds; Forest Heath District Council recently finalising the purchase of an operational 12.5MW site; and Bristol and Portsmouth councils both working on PPAs with local businesses.

Speaking yesterday to the  London Assembly Environment Committee during a session on the new deputy mayor's plans for energy in the city, Leonie Greene, head of external affairs at the Solar Trade Association, said: "The national framework now for solar is so difficult so the role of regions and local government has become extremely important to the stability and survival in some ways of this sector."