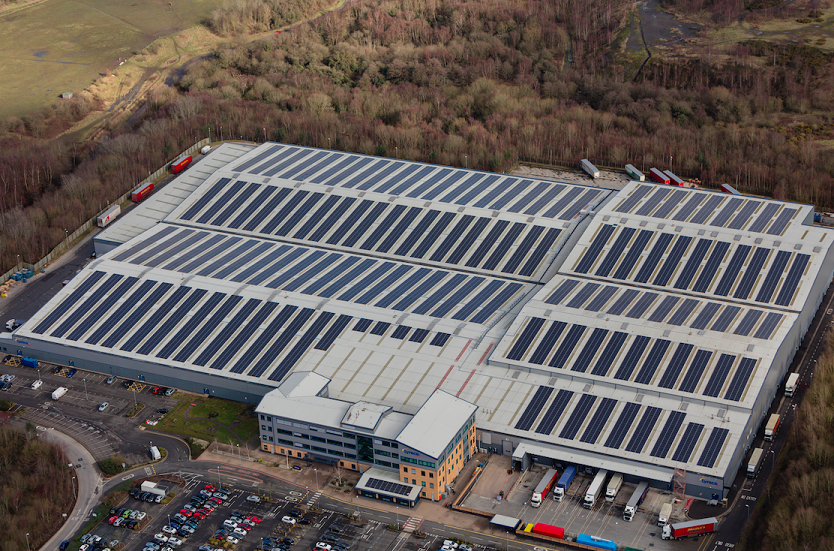 The 3.8MWp system will now be paired with a 500kW/950kWh Tesla battery in what is thought to be the first project of its kind to use a commercial PV system to charge a battery to be used to avoid peak charges and provide grid services. Image: EvoEnergy.

One of the largest rooftop solar installations in the UK is to add a Tesla battery in what is thought to be the first UK project to use a commercial PV array to charge an energy storage system to avoid grid charges and provide ancillary services.

The 500kW/950kWh Tesla system will be connected ‘behind-the-meter’ to the 3.8MWp solar array atop Lyreco’s distribution centre in Telford, where it will help the building supplies firm increase its self-consumption and avoid peak and Triad charges during winter periods.

In addition the battery, which is expected to be completed by EvoEnergy in October, will provide services to the grid through aggregator Kiwi Power. The benefits of this deal will go to investors Guinness Investment Funding, which is fronting the cash for the project and lease the Tesla to Lyreco over 15 years.

According to Peter Gojka, building services manager and project lead for Lyreco, the project has been under consideration since the completion of the solar installation in January 2016 to help make better use of the electricity generated.

“We suffer heavily from Triad charges because most of our electricity usage is in the evening peak. One of our biggest usages is warehouse lighting and in summer the solar is generating in the evening as well so that's supplying us with more than enough. But it's still a big user of electricity and in the winter that becomes even more prevalent because at 4pm it's going dark and all the machinery is kicking in,” he explained.

“We have to live with using a certain amount of electricity between the 4pm- 7pm peak which we get hit heavily for. We can't reduce any more than we already do, so the idea is to charge up the batteries during the daytime and in the evening we can use some of that electricity to offset what we're using at those peak times.

“That gives us a saving on our electricity bill, which is double the electricity from the grid and three times as much if compared to the solar generated electricity.”

In addition, the system will allow Lyreco to avoid the costly Triad charges, which Gojka explained are usually levelled on the company between 5pm-6pm during the periods of highest system demand. By running the 950kWh Tesla Powerpack system in this period, these charges are expected to be reduced to zero. 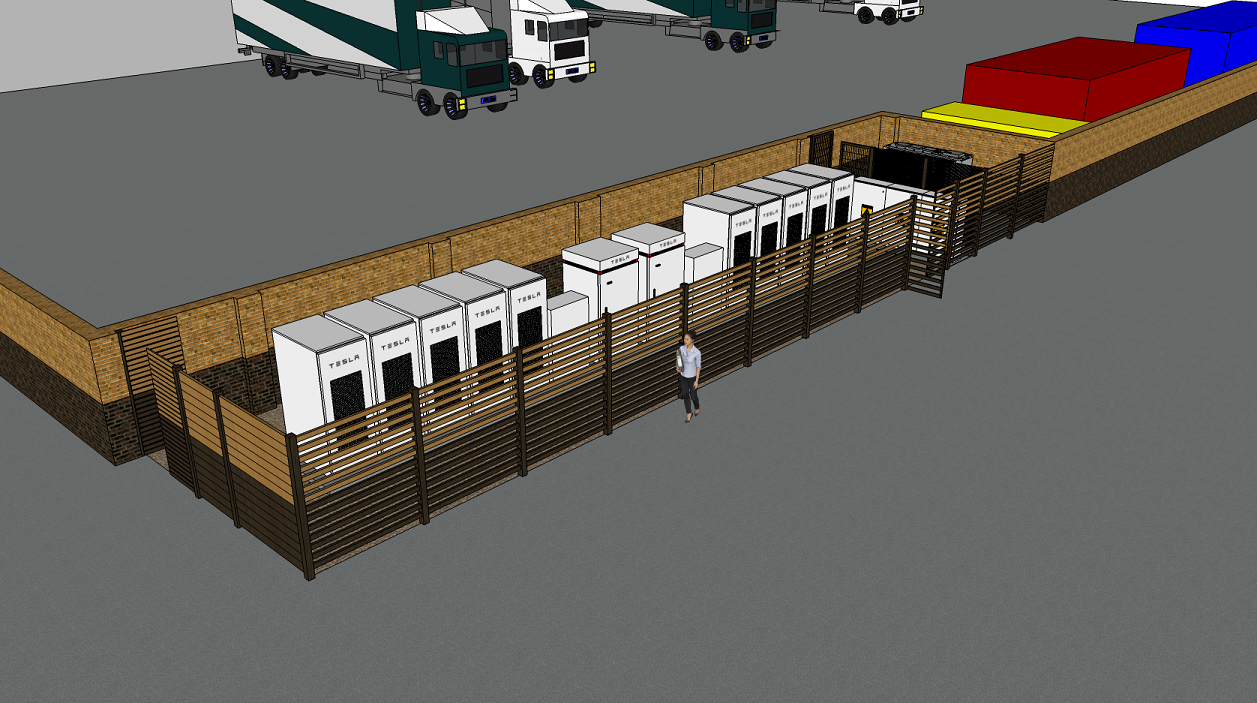 The Tesla battery system will be used to avoid Triad charges as well as other peak periods before providing grid services through aggregator Kiwi Power. Image: EvoEnergy.

Outside of these times, the energy storage system will be free to provide the grid services being offered up as part of Kiwi Power’s aggregated capacity but using electricity from the solar array, which is thought to provide up to eight times more than is needed on site.

“From what I can gather it's the first in the UK to use roof mounted solar and battery storage from the commercial side to do this,” Gojka said.

“There are companies that are just using standalone battery storage to power up and provide frequency balancing services but we're actually using our own solar generation to charge our batteries rather than using the grid to charge them and put it back later in the day.”

Mark Wakeford, managing director at EvoEnergy, added: “Lyreco is leading the way for how companies can use multiple technologies to achieve long-term energy independence, whilst also providing a service to the public to support and provide flexibility to meet future Government energy strategies.

EvoEnergy will also be installing six electric vehicle chargers which will allow visitors and staff to charge their vehicles using excess solar generation from the site, in a whole system project which Wakeford believes will set an example for others to follow.

“By understanding the benefits, the recent installations at Lyreco will create a blueprint for others to follow suit, helping many vastly reduce their Triad charges and only needing to pay for energy when it’s cheap.”